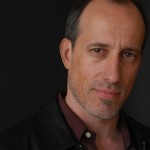 Born and raised in the ‘Little Havana’ neighborhood of Miami, Florida, Alex has been an actor for over 20 years. He graduated from the prestigious American Conservatory Theatre Actor Training Program in San Francisco and began his career at numerous regional theatres including A.C.T., San Francisco Shakespeare Festival, The Old Globe and Alaska Rep. Since moving to Los Angeles he has appeared in over 100 film and television shows, including The West Wing, The Shield, Without A Trace, House MD, Transformers: Revenge of the Fallen, Desperate Housewives, NCIS, NCIS: Los Angeles, Criminal Minds and Modern Family . He is also a busy voice over artist, and has performed on dozens of animated projects and video games including Family Guy, American Dad, Spawn, Final Fantasy X,  Call of Duty: Black Ops, and Star Wars: The Old Republic. Alex can currently be seen recurring on 3 different TV shows – Dallas, Devious Maids, and The Bridge, and as one of the stars of the new ABC Drama series Killer Women.

We formed a California corporation for Alex.