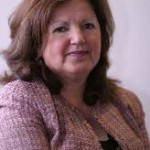 Ms. Faustinos was appointed as the Executive Officer of the San Gabriel and Lower Los Angeles Rivers and Mountains Conservancy (RMC), a California State Agency in June of 2002. In addition to serving as the Executive Officer of the RMC she was also the Executive Officer of three joint powers authorities, the Watershed Conservation Authority, the San Gabriel River Discovery Center Authority and the Los Cerritos Wetlands Authority. She retired from these positions in May of 2011 after 40 years as a California State employee. Her current interests are focused on policy issues related to integrated resource management and equitable access to parks and natural open space for impacted communities. She is a member of the National Park System Advisory Board, State Audubon Governing Board, State Watershed Program Advisory Committee, Land Trust Alliance Board of Directorsand the Amigos De Los Rios Governing Board. In August of 2011, she was also appointed by Senator Steinberg as an alternate California Coastal Commissioner. Most recently she has served as a volunteer advisor to the San Gabriel River Discovery Center Foundation.

We formed a California corporation for Belinda.