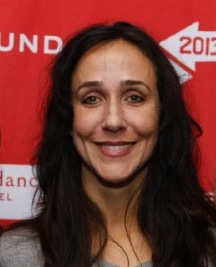 Gabriela is a documentary filmmaker who for more than 12 years has directed, produced and written a variety of real life stories, including Blackfish, an award winning Sundance Grand Jury Nominee which has been listed as one of the highest grossing documentaries of all time. For more information about Blackfish, please visit blackfishmovie.com.

She has directed, written and produced for ESPN, National Geographic, Animal Planet, Discovery, and History Channel, including History Channel’s “Shootout!” a series for which she and a cameraman were embedded with 300 Marines at Twenty Nine Palms, and “Disaster Tech,” a documentary series about the biggest natural disasters in world history.

Gabriela just finished Directing, Producing and Writing City Lax: An Urban Lacrosse Story. The film, for which Gabriela was immersed in the inner-city for 8 months, chronicles the lives of six 12-year-olds as they and their families struggle through middle school in their gang-ridden neighborhoods. After winning multiple Audience Awards on the festival circuit, the film was acquired by ESPN and DirectTV.

In 2009, Gabriela completed a medical film for UCLA International Medicine in conjunction with the International Rescue Committee, teaching doctors in Darfur, Sierra Leone, Thailand and Pakistan, Clinical Management of Assault. The film focuses on clinics in war-torn regions, with the emphasis on providing ground-breaking medical care for victims of violence. It is being translated into 3 different languages and will be distributed in 8 countries.

She is currently directing a campaign for Supply and Demand, a commercial directing agency based in New York and Los Angeles.

Gabriela is fluent in Portuguese, Spanish and English. She lives in Los Angeles with her husband and her 7-year-old twin sons.