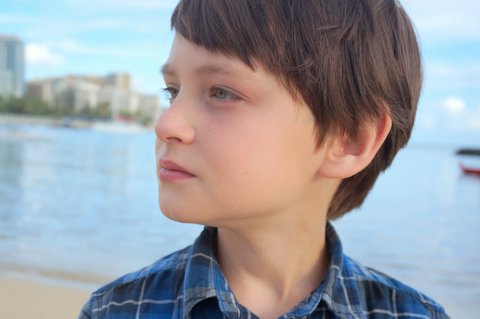 Jaeden Lieberher was born in Philadelphia, PA. When he was eight years old he moved across the country to Los Angeles, CA. Though many flock to the city of Angels to become a star, he never suspected that he would end up on the big screen. Once he arrived, he was encouraged to give acting a try. He was quickly signed to a commercial agent and booked some fun commercials such as Google, Hot Wheels, Liberty Mutual, and then on to a Super Bowl commercial with Hyundai, and also got to transform into “Iron Man” for Verizon. Eventually he shot his first movie in a small role playing a younger Chris Evans in “A Many Splintered Thing.” 2013 was a fulfilling and exciting year for Jaeden. During the summer he co-starred with legendary Bill Murray in “Saint Vincent,” along side Melissa McCarthy and Naomi Watts. Then soon afterwards flew to Hawaii where he spent several months shooting a Cameron Crowe movie with some amazing actors like Bradley Cooper, Emma Stone, Rachel McAdams, and was also reunited with Bill Murray. His next project is “Midnight Special”, starring Michael Shannon and Kirsten Dunst. Jaeden really enjoys getting to travel and explore new cities. He feels truly lucky to work with such talented cast and crew all over the country. Jaeden in represented by CAA.