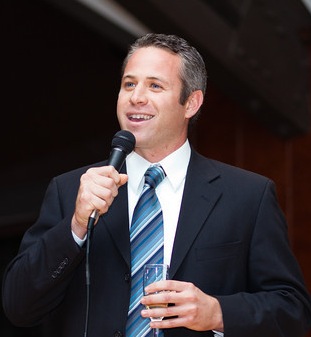 After more than 5 years at the Los Angeles County Museum of Art, Jason Gaulton is proud to establish Henry Lawrence Presents. Named for my grandfathers Henry and Lawrence with a nod to Bill Graham Presents, my latest venture allows me to focus on events full-time and in a variety of venues. I believe that Los Angeles has just scratched the surface of its programming potential. There is plenty of entertainment in our city but few experiences available that go beyond the standard fare plus some glaring oversights. How does L.A. not have an iconic New Year’s Eve celebration? (HLP is working on it.) How did L.A. not have a large-scale public Election Night gathering? (HLP made it happen.) Henry Lawrence Presents exists to fill the void in efforts to further raise the cultural profile of the city I adore. Los Angeles deserves a better class of event and Henry Lawrence Presents is going to give it to them.   In addition to increasing Los Angeles’s status as an international superpower, Henry Lawrence Presents is also available for event consulting, specializing in cultural institutions and including support with creative direction, booking, production, marketing, and press.

We formed a California corporation for Jason.