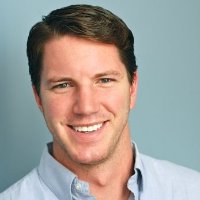 Jon currently serves on boards for the Doherty Center of Entrepreneurship at Elon University and The Charity Lacrosse Foundation. As a philanthropist, he has helped raise money for local charities in North Carolina and volunteered with villages in Guatemala, Jamaica and Costa Rica. Jon lives in Raleigh and enjoys playing guitar, practicing yoga, and feeding his addiction to gummy bears.

We formed a Delaware corporation for Jon.