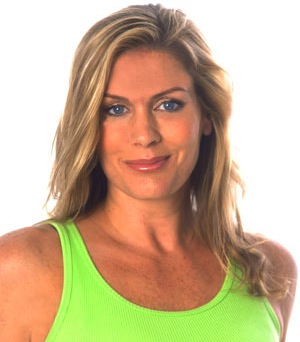 LaReine Chabut is a distinguished lifestyle and fitness expert, best-selling author, model and mom. On her weekly web series for MSN called “Focus on Feeling Better”, LaReine takes a well-rounded approach to healthy living for the 10 million viewers watching as she helps an everyday person deal with different lifestyle issues and weight loss.  As an author, LaReine has sold over half a million fitness titles including Lose That Baby Fat!, Exercise Balls for Dummies, Golf-All in One with Gary McCord, Stretching for Dummies, Core Strength for Dummies and Dieting for Dummies. She was recently voted “Top Ten Most Fit Moms Online” and named one of “The Most Beautiful Women Alive”.  LaReine is most recognized as the lead instructor of The Firm, a series of popular workout videos that have sold over three million copies worldwide.  As a model, LaReine has graced the covers of Shape, Health, New Body and Runner’s World and represents sports-giant NIKE. In addition, she has appeared on Chelsea Lately on E!, The Dr. Phil Show, CNN, ABC, FOX News, EXTRA, Access Hollywood and Good Day LA among others.

To find out more about LaReine, view television segments, and browse through book titles, click on the links below.

We formed a California corporation for LaReine.