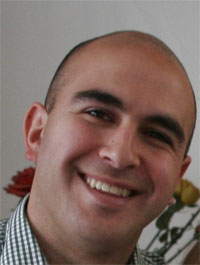 Melih Onvural is the founder of Big Fish, Big Pond – a company who is investigating how to bring 20th century analog tasks into the 21st century digital world starting with amplifize, its flagship product where end users discover great content worth talking about. Melih built the OpenTok face-to-face video platform, and helped grow it to 75,000 developers bringing face-to-face video to sites and mobile applications all over the world.

We formed a Delaware corporation for Melih.