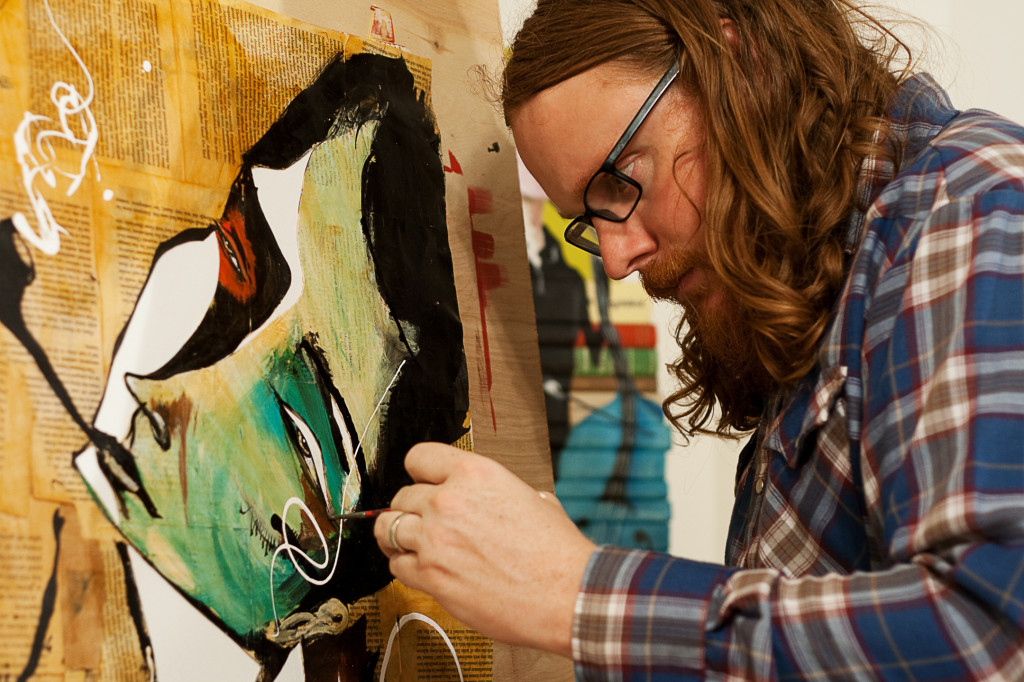 Los Angeles native Mike Stilkey has always been attracted to painting and drawing not only on vintage paper, record covers and book pages, but on the books themselves. Using a mix of ink, colored pencil, paint and lacquer, Stilkey depicts a melancholic and at times a whimsical cast of characters inhabiting ambiguous spaces and narratives of fantasy and fairy tales. A lingering sense of loss and longing hints at emotional depth and draws the viewer into their introspective thrall with a mixture of capricious poetry, wit, and mystery. His work is reminiscent of Weimar-era German expressionism and his style has been described by some as capturing features of artists ranging from Edward Gorey to Egon Schiele.

His work has been exhibited throughout the United States as well as internationally, at galleries and museums such as the Bristol City Museum in the UK, Bakersfield Museum Of Art in Bakersfield, CA, Andrea Schwartz Gallery in San Francisco, CA, Kinsey/DesForges Gallery in Culver City, CA, David B. Smith Gallery in Denver, CO, Gilman Contemporary Gallery, Ketchum, ID, and Rice University Gallery, Houston, TX.  He has also created numerous large-scale installations internationally, in Turin, Italy; Bern, Switzerland; and Hong Kong and Beijing, China.