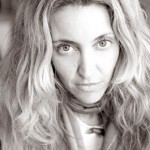 Sunday Stevens is a 1st Assistant Director who works on top Hollywood TV series and films today. Born in Los Angeles to an entertainment family, she has nearly two decades of production experience, working her way up the ranks to become a member of the Director’s Guild of America. She has worked as a 2nd Assistant Director on major motion pictures such as Tim Burton’s Planet of the Apes, The Game Plan, House Bunny, and Cameron Crowe’s Elizabethtown.

Sunday now runs the sets as a 1st Assistant Director/ Co-Producer for several Emmy-Award-winning TV series, including HBO’s True Blood and Showtime’s Homeland and Dexter, and frequently on major films for various studios including the soon to be released Alexander and the Terrible, Horrible, No Good Very Bad Day for the Walt Disney Co. starring Steve Carell and Jennifer Garner.