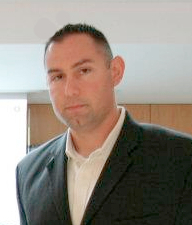 Wiresolve, LLC’s mission is to produce and sell systems which enable autonomous flight for unmanned vehicles. Unmanned aerial vehicles (UAVs), are vehicles defined as an aircraft which does not have a pilot on board. A UAV could be something as simple as a remote control airplane commonly found in hobby stores, or as complex as a full scale airplane, built to fly autonomously. The problem UAV builders currently have is the high cost of a control system. Regardless of the size or complexity of the vehicle, a UAV needs certain components. One of these components or modules is the autopilot control system. Much like the ECU or “brain” of a car, you must have a central system in an UAV to control it’s flight. Since many UAVs are now made to be for “disposable” applications such as target practice for weapon systems, cost is increasingly becoming a concern. Beyond the use for target practice, UAVs are being built for other applications such as search and rescue, surveying farm land, and monitoring the environment, such as volcanic activity where it is too dangerous to send a person. Many times the UAV will be destroyed by fire or accident, or is unable to return to its point of origin.

The module that Wiresolve, LLC has designed is the EPF, which stands for Electronically Programmable Flight Module. This module is an autopilot system which can control a UAV. Our falcon EPF system is much cheaper (up to ten times cheaper in some cases) and has more features than some other systems. This will allow the UAV builders to bring the cost of their production down to produce more UAVs.

Initially we will focus on producing and selling the Falcon EPF module, but we could easily expand our operations in several ways. One way is that we could also offer engineering services to design and produce new circuits, or integrate our existing product in a custom UAV. Also there is a niche market for custom UAVs itself, and the Falcon can be easily adapted to other unmanned vehicles such as boats and cars. Finally, we could also look at other modules being sold in the market, that we are able to produce with the same high quality and low cost as our Falcon EPF.

We formed a California LLC for David.