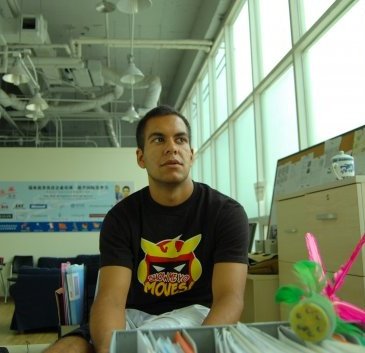 Group’d is a location based service that leverages group mentality, check-in services, and gaming to produce a unique service positioned for immediate success. Current popular services like Google, Facebook, and Foursquare use individual check-ins as a means of socially promoting physical businesses with varying degrees of success. These services understand the desire for users to share their experiences, as well as gain deals or discounts by displaying their loyalty to businesses via their check-in. So if individual check-ins exist, why don’t groups?

Group’d provides group’s deals based on their check-ins. Individuals are a de facto target for businesses, but in many cases, people aren’t alone when they shop or eat at a restaurant. Group’d will allow users to form groups with their friends on the fly. Businesses can host contests for ‘the largest group’ to receive a reward, such as, free round of beers or free set of appetizers. This promotes larger parties, competition and a fun game like atmosphere to engage users with a sizeable reward to match the effort. Essentially, groups compete with one another to be the largest party at a location, the largest wins.

Businesses benefit by a guarantee increase in revenue with more users purchasing at their venue. Group’d promotes customer loyalty by allowing businesses to reward returning groups with better incentives. Group’d interface provides a map of places ‘won’ by a group. This promotes users to try and check in at multiple new locations as well in the hopes of being the largest group to check in at multiple local locations.

Group’d allows businesses to pay for premium service on a subscription basis. Using a proprietary inference algorithm, premium service subscribers are able to promote their businesses in relevant searches by users. In addition, businesses will be able to post multiple deals or competitions in a week or night with a premium service.  A completed mobile application and framework for businesses is expected to be completed by January 2013. Group’d will be tested in the Los Angeles area before geographically scaling to larger cities when appropriate.

Stefan Wojciechowski is the founder at CEO of Group’d and is in the process of forming a team to execute Group’d. Stefan’s graduated with a B.S. in Computer Science from UCLA with a technical breadth in technology management, which uniquely positions him for success for this venture.

We formed a California corporation for Stefan.