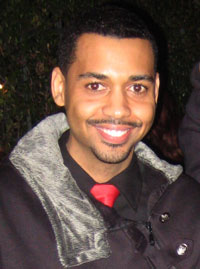 Troy Wooten, founder of Narleyapps, built his own online empire five years ago. Mr Wooten began on the same beaten path as most, with an attempt at both college and the 9 to 5 life before finally beginning his career on the internet in 2007.   While purchasing drum sounds online for his music hobby , Mr Wooten discovered that it was independent producers making a profit on their own sounds and quickly began doing the same.  Music led to developing websites and a library of ebooks, software, games, documents, manuals, literally anything that could be downloaded over the internet .  Last year, Mr Wooten entered the burgeoning iPhone app market with his own app development company, which has already debuted five unique apps including their most popular seller, Sneakerology.  Wooten has started to give back, by sharing his knowledge with other would-be entrepreneurs eager to start successful businesses from their own ideas.

We formed a Delaware corporation for Troy.