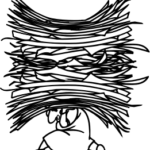 The number of states that actually require something specifically delineated as a separate S corporation “election” seems to now be down to only two—New Jersey and New York—although there is some uncertainty in a few other states:

The law in Mississippi on the requirement of a separate election form is unclear. A Mississippi Department of Revenue regulation specifically states that

But there does not appear to be a “prescribed form” for electing state S corporation status on the section of the Department of Revenue’s website collecting the state’s “pass-through entity” forms.[6] And the instructions for completing Mississippi Form 84-105 (Mississippi Pass-Through Entity Tax Return), define an “S corporation” as “a corporation for which a valid election under section 1372(a) of the Internal Revenue Code is in effect,” without reference to any separate filing under Mississippi law.[7] The instructions then state, again without reference to any separate filing requirement, that

As such, it is not clear that there is a separate form that must be filed to elect S corporation status in Mississippi.

Similar to Mississippi, Ohio has a law requiring that a corporation that makes a federal S corporation election “shall file a notice of such election with the tax commissioner between the first day of January and the thirty-first day of March of each tax year that the election is in effect.”[9] The election used to be filed in Ohio on Form FT 1120S, but the requirement was waived for tax years 2010 through 2013, and has since seemed to be done away with altogether, even though the quoted statute has not been repealed.[10]

[3] This article focuses only on those states that require a separate election or something else to be filed for the federal election to be recognized. Some jurisdictions—the District of Columbia, Louisiana, New Hampshire, New York City, Tennessee, and Texas—do not recognize the federal S corporation election and, for the most part, tax S corporations like other business corporations. The issue also does not arise in those states, including Washington and Wyoming, which do not impose a personal or corporate income tax.