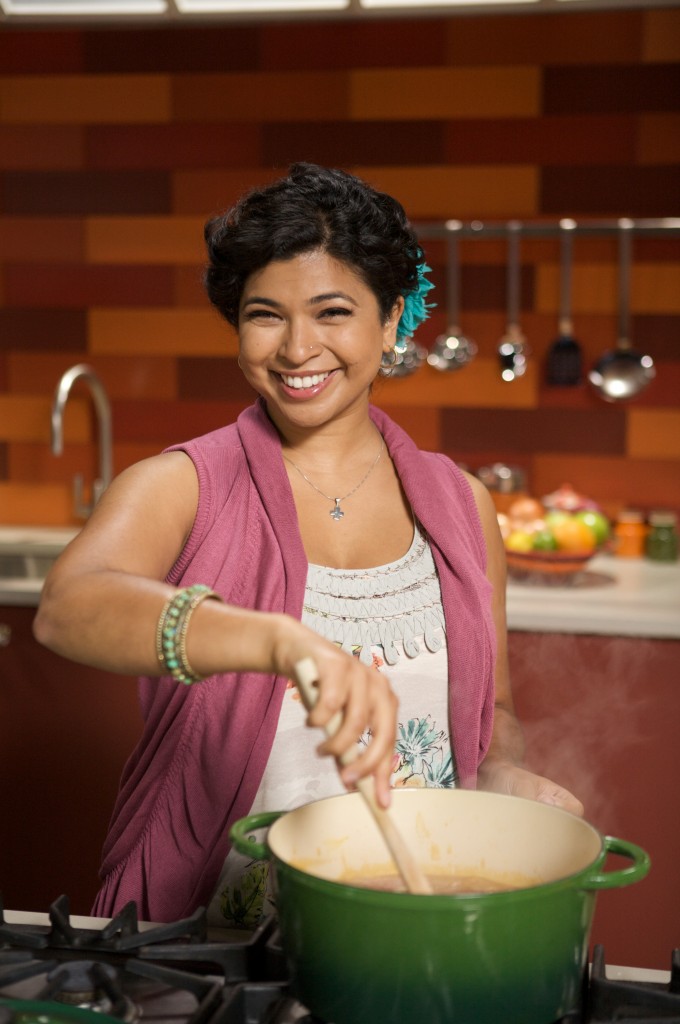 In August 2010, Aarti Sequeira competed on and won Season 6 of Food Network’s number-one series, Food Network Star, landing the ultimate dream culinary job: her very own Food Network show! A dedicated foodie all her life and a journalist by education and trade, Aarti successfully combines these passions in her entertaining blog and online cooking-variety show, Aarti Paarti. Now she takes her food knowledge, love for cooking, and enthusiasm for sharing information to the masses in her Food Network cooking series, Aarti Party. On this show she surprises viewers with unexpected flavors and techniques to expand their palates and culinary repertoire by imparting her knowledge of Indian cuisine and putting an approachable spin on all-American classics.  Born in Bombay, India, and raised in Dubai, UAE, Aarti’s lifelong appreciation for food began at a young age and was inspired by her faith, her mother, her cultural background and her never-ending food experiments. Growing up in a traditional Indian Catholic family, Aarti spent Fridays dining on fish and Sundays at church. Her fondest food memories include her father’s weekly trips to the market for fresh fish and produce, her mother’s daily recipe creations, and Aarti’s own pretending to host a cooking show an unexpected glimpse into her future as a Food Network star. After completing Dubai’s British system of schooling, including many music-related activities like piano and choir, Aarti moved to Chicago in 1996 to attend Northwestern University. In 2000, she earned a Bachelor of Science in journalism at Northwestern’s Medill School of Journalism with an adjunct major in International Relations. While pursuing her degree, Aarti gained valuable media experience working at the school’s student-run radio and television stations and also spent a short time in Washington, D.C., covering Capitol Hill for a local Fargo, N.D., television station. Upon graduation Aarti worked for about a year at CNN as a production assistant in Chicago before moving to New York in 2001 to work as a CNN producer for two years. In 2003 she married her college sweetheart, Brendan, and moved from New York to Los Angeles to start their life together.  In addition to working several freelance gigs in the Los Angeles entertainment industry, Aarti assisted a Peabody award-winning director on Sand and Sorrow, a documentary about Darfur in 2004. Feeling like something was still missing, Aarti enrolled in The New School of Cooking in Culver City, Calif., where she earned her professional cooking certificate in 2007. To further explore her culinary calling, Aarti launched her blog and online cooking-variety show, Aarti Paarti in 2008.

We formed a California corporation for Aarti.