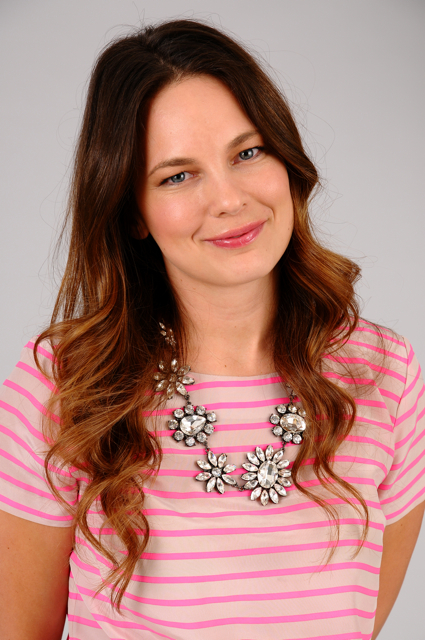 A California girl at heart, Amanda Judge was born and raised on the beautiful West Coast.  After earning a Marketing degree in 2005 from Cal Poly – San Luis Obispo, she decided to pack her bags and make the big move across the country to the fabulous New York City.  While working at MTV Networks as an Ad Sales Marketing Executive, she soon realized that she desperately needed a creative outlet.  So, Amanda picked up some silk fabric, grabbed a needle and thread, and began creating one-of-a-kind headbands just for fun. Her boyfriend (now husband), quickly saw the potential and encouraged her to list a piece on ETSY just for fun, and in May of 2009 she did just that. Well, one thing led to another and Untamed Petals was born in their small Astoria apartment.

Three amazing years later Untamed Petals has grown to be one of the top Bridal Accessory companies in the industry and is thrilled to launch the new everyday line, “Amanda Judge”.

Amanda is still in New York City with her now husband Nick and living the dream of being a full time accessories designer from their loft in downtown Manhattan. Amanda is known for her love of all things feminine, chic and sparkly and she will be-dazzle anything she can get her hands on. When she isn’t designing fabulous accessories, you can find her in the kitchen cooking for one of her famous dinner parties or relaxing at home with her husband and their two cats Ollie & Milo.

We formed a California corporation for Amanda.