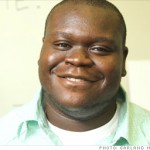 Anthony Frasier is a native of Newark, NJ. Former co-founder of mobile startup Playd, and award winning gaming site TheKoalition.com. Anthony was also profiled on the hit documentary Black in America: The New Promised Land Silicon Valley, which has received over 1 million viewers. CNN Money profiled him as being one of 8 minorities diversifying the tech scene. Anthony was listed on NBC The Grios 100: Making History Today list for his acclaimed work. Currently working on building up the Newark, NJ tech scene and a new tech startup.

We formed a Delaware corporation for Anthony.