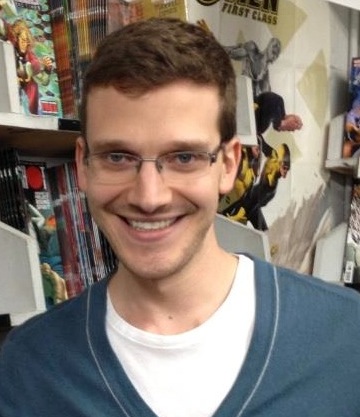 In January, 1999 Ben was intent on becoming a sports agent after having spent the previous summer as a batboy for the Toronto Blue Jays. He found himself on the verge of writing a Jerry Maguire-like mission statement until he caught an episode of Rod Serling’s, The Twilight Zone. It instantly changed his life. Ben turned on his computer and started writing and hasn’t stopped since.  Then, in 2004, prior to graduating with a degree in Film Writing from USC, he and his friends were having dinner at the 101 Coffee Shop in Hollywood. They were thoroughly immersed in a conversation about the hippest new show of the fall: LOST. It was during that conversation about polar bears on tropical islands, that Bryan Burk (J.J. Abrams’ producing partner) happened to introduce himself. He was sitting at the table adjacent to the neophyte film critics and couldn’t help but overhear their conversation. Six months later, Ben was interning for Bryan. Six months after that, Ben was Bryan’s assistant. Within a year he was promoted to be Creative Executive at the new Bad Robot Productions. In October 2007, Ben left that post to get back to pursuing his dream of being a successful screenwriter. He has since sold a pilot to ABC and is currently on the writing staff of the hit CW series ARROW. Ben was born in Toronto, Ontario and prides himself on being a Canadian. He is not a hoser, but does prefer the word toque to winter hat. He is married to his wife, Aviva and the two have a young puppy named Stella.

We formed a California corporation for Ben.