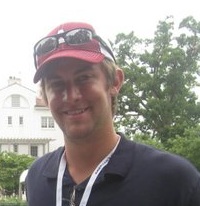 Jaddler is a web-based career board that makes it easier than ever for college students to find internships and for recent college graduates to find entry-level jobs. Much like the “common app” lets high school students send the same information to colleges when applying for admission, Jaddler lets its users send the same profile with personal and background information to corporations when applying for jobs. This information is stored in an applicant tracking system (ATS) that makes it easy for corporations to organize interviews and manage the recruitment process.

Benjamin Thomas is currently an associate in the Mergers and Acquisitions group at PricewaterhouseCoopers. He works in management consulting helping companies plan and execute various types of transactions in several different industries. Thus far, his experience includes a billion dollar telecommunications divestiture and two billion dollar pharmaceutical carve outs. In addition, he has helped a retail company close its Accounting books quicker in preparation for an IPO. As a student at Lehigh University Benjamin earned dual degrees in Industrial Engineering and Finance. Because he needed to complete the core requirements in both the business and engineering schools, he attended school for five years, the fifth of which was free through the President’s Scholar Program. In addition to what he gained from his formal education, he accrued invaluable experience during his time at Hospice Community Care in 2006 as an assistant to an accountant who served as Vice President of Finance. Also, in the summer of 2008, Ben gained extensive experience from his position as an Industrial Engineering Intern at Fisher Clinical Services, a subsidiary of Thermo Fisher Scientific Inc., by which he was challenged with daily obstacles that needed quick and decisive solutions. Then in the summer of 2009 Ben worked on Wall Street as a summer analyst in the Transaction Management Group at Deutsche Bank. Ben’s education accumulated through his studies at Lehigh University along with his work experience, has allowed him to continually look to analyze and implement improvements in his surroundings on a daily basis.

We formed a Delaware corporation for Ben and his co-founders.