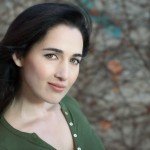 We formed Hello Challenger Productions, Inc. for Catherine Black and Jason Stare.  The company’s first production is De Puta Madre.  De Puta Madre is a fantastical short black comedy about a megalomaniac who kidnaps his carefree ex in order to show her why she doesn’t deserve him.  De Puta Madre is written/directed and starring Catherine Black (American Psycho, The Donner Party).  Hello Challenger Productions is founded by the LA based multi talented team, Catherine Black and Jason Stare. The Mission of Hello Challenger Productions is to illuminate the truth by all means possible. Black explains, “We organize the visual and audio canvas with a laser sharp focus on clarity to get to the heart of the stories being told. With our eye and ears for beauty, truth and specificity, we fight to sculpt visually stunning films, music videos, and music recordings. We challenge ourselves and our audience to not just look, but to see”. While Catherine comes from a strong background in acting, writing, visual art and producing film, Jason is a skilled production designer, art director, visual artist, and audio engineer.  Hello Challenger is raising money on Indiegogo for the film.