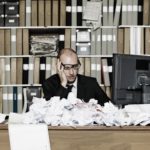 Workers’ compensation acts provide a statutory mechanism for compensating employees, or their dependents, when the employee is injured or killed on the job, without regard to negligence.[1] Employers secure their ability to compensate injured employees either by obtaining insurance from an authorized insurer against the statutory liability to pay compensation or by self-insuring, either as an individual employer or as part of a group of employers.[2] Of course, the workers’ compensation system only comes into play if the injured worker is an “employee” covered by the statute.

The California Department of Insurance has indicated that this change applies to all insurance policies in force as of January 1, 2017.[9] As a result, unless the insurance carrier received and accepted a properly executed waiver from a corporate officer or director, general partner, or LLC managing member who was previously exempted from coverage under the workers’ compensation policy, the carrier was required to add such persons to the policy, until such time as the insurer receives and accepts a waiver of coverage.

[1] See, e.g., Cal. Labor Code §§ 3207 (“compensation” includes “every benefit or payment conferred . . . upon an injured employee, or in the event of his or her death, upon his or her dependents, without regard to negligence”), 3600(a) (“Liability for the compensation provided by this division, in lieu of any other liability whatsoever to any person . . . shall, without regard to negligence, exist against an employer for any injury sustained by his or her employees arising out of and in the course of the employment and for the death of any employee if the injury proximately causes death[.]”).

[7] See id. § 3352 (p), (q). The California Department of Insurance has published sample waiver forms, one for use by corporate officers or directors owning at least 15% of the corporation’s stock, and the other for use by general partners of a partnership or managing members of a limited liability company.

[9] See Cal. Dep’t of Ins., Notice to All Insurers, Admitted to Write or Writing Workers’ Compensation Coverages in California, Regarding Changes in Definitions of Employee and Exclusions to the Definition of Employee (Officers and Members of Boards of Directors, and Partners) Effective January 1, 2017 as a Result of Enactment of AB 2883 (Oct. 17, 2016), http://www.insurance.ca.gov/0250-insurers/0300-insurers/0200-bulletins/bulletin-notices-commiss-opinion/upload/NoticeAB2883.pdf.