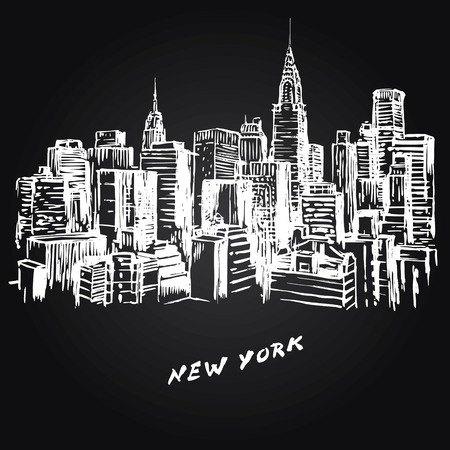 New York is one of a very small handful of states that require a newly formed limited liability company to publish notice of its formation in local newspapers.[1] In particular, a limited liability company must, within 120 days after filing its articles of organization with the New York Department of State, cause to be published a notice containing the substance of the articles of organization in two newspapers—one weekly and one daily—of the county in which the office of the LLC is located, as designated by the county clerk.[2] The notice must contain certain specified information, including the name of the LLC, the street address of its principal business location, and the county in which the office of the LLC is located, and must run each week for six successive weeks.[3] Once the notice has run for six weeks, the LLC must obtain from the newspapers affidavits of publication,[4] which the LLC must then attach to a certificate of publication[5] that is filed by the Department of State.[6]

This so-called “publication requirement” is an enormous hassle, and an expensive one at that, which (in theory) must be endured by just about any entity wishing to do business as a limited liability company in New York,[7] including, in addition to domestic LLCs formed under New York law, foreign limited liability companies,[8] domestic and foreign professional service limited liability companies,[9] and even partnerships or limited partnerships that convert to the LLC form.[10] The only exception to the publication requirement is for a limited liability company that is a “theatrical production company,”[11] which is narrowly defined as an entity formed to develop, produce, or invest in, and conduct activities related to, “live-staged dramatic productions, dramatic-musical productions and concerts . . . which . . . are shown to the public for profit and which are financed wholly or in part by the offering or sale” of syndication or other interests in the productions.[12]

With regard to the expense of complying with the publication requirement, it is estimated that due to the requirement it costs about three times as much to form a limited liability company in New York City as it does to form a corporation.[13] Much of that expense is traceable to the fact that within New York City, every LLC must cause notice to be published in the New York Law Journal, which charges an exorbitant rate compared to other publications in and out of the City.[14] In addition to the expense of paying the newspapers for the privilege of having the notice published, the LLC must also pay the Department of State another $50 upon filing the certificate of publication to prove that the notice was published.[15]

Given the hassle and expense involved, it is no wonder that business owners wishing to form a limited liability company in New York have sought either to avoid paying the high rates for publishing in New York City or to avoid paying anything at all. Two companies even went so far as to challenge the constitutionality of section 206 of the Limited Liability Company Law after a related company paid $1,645 to comply with the publication and filing requirements imposed by section 206.[16] In an appeal of the trial court’s decision holding the statute unconstitutional, an amicus brief was filed noting the New York Attorney General’s “strong” opposition to the publication requirement, which he thought was “costly and unnecessary” given that the information contained in the publication was “readily available” from the Department of State.[17] The Attorney General added that “[r]equiring an LLC to publish its Articles of Organization will only increase the cost of forming an LLC with no corresponding benefit to the public.”[18] Rather, the publication requirement benefits only the New York media, which lobbied heavily in favor of the requirement, from which they derive “considerable income.”[19] Despite the expense to LLCs and the lack of any public benefit, the appellate court reversed the trial court and held that section 206 is constitutional.[20]

As a result, business owners have resorted to other methods to avoid paying the high costs associated with forming an LLC in New York City. One method is derived from the fact that publication must be made “in two newspapers of the county in which the office of the limited liability company is located[.]”[21] By using a registered agent for service of process[22] that is located in Albany, New York, the companies, in effect, pretend that they have an office in Albany, where the publication fees are much less than what they are in New York City.[23]

Other companies just do not bother to comply with the publication requirement at all. What are the consequences, if any, of not publishing? Section 206 provides that if a certificate of publication is not filed with the Department of State within 120 days after the LLC is formed, its authority to conduct business in New York “shall be suspended[.]”[24] But section 206 then goes on to say that such a suspension

Given the high cost of complying with the publication requirement, coupled with the lack of any public benefit and the inability to punish companies that shirk the requirement, it is not surprising that calls for change to section 206 continue unabated:

What remains is a broken system: one in which certain publications are profiting via legislation that fails to serve a justifiable purpose, one in which the true letter of the law is often avoided because failure to comply is not seriously punishable, and most importantly, one in which the entrepreneur is suffering by being forced to spend additional dollars on administrative fees rather than putting those dollars to use. . . . In light of the foregoing, I would advocate that the publication requirement either be repealed or it receive a substantial overhaul to add value to the general public.[30]

To date, however, such pleas continue to fall on deaf ears, and the publication requirement remains the letter of the law for New York limited liability companies.

[1]See Matthew J. Moisan, A Look at the Publication Requirement in New York Limited Liability Company Law, 31 Touro L. Rev. 465, 474-75 (2015), available at http://digitalcommons.tourolaw.edu/cgi/viewcontent.cgi?article=2660&context=lawreview (hereinafter “Moisan”). According to the article, there are only four other states—Nebraska, Arizona, Pennsylvania, and Georgia—that have a similar requirement.

[14]Id. at 475. In NCJ Cleaners, LLC v. ALM Media, Inc., 48 A.D.3d 766, 852 N.Y.S.2d 384 (2008), an LLC brought a class action, on behalf of itself and all others similarly situated, seeking remedies based on the fact that the New York Law Journal “charges higher rates for the publication of legal notices relating to the formation of partnerships, limited liability companies, and other business entities which are located in the City of New York compared to the rates charged for such entities located outside of the City of New York.” Id. at 766, 852 N.Y.S.2d at 385. But the appellate court affirmed the trial court’s dismissal of the plaintiff’s complaint, concluding that neither the differential pricing nor the county clerk’s designation of the New York Law Journal as one of the newspapers in which the notices had to be published in New York City was unlawful. Id. at 767, 852 N.Y.S.2d at 385.

[29]Moisan, supra note 1, 31 Touro L. Rev. at 473; see also id. at 470 (“[I]f an LLC chooses not to comply with the publication requirement, there is limited punishment. . . . [T]he general consensus is that failure to comply with section 206, while not totally harmless, does not significantly impact the business operations of an LLC within New York.”).