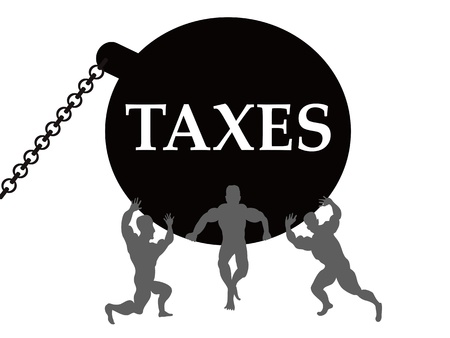 How the IRS Evaluates Shareholder Loans

This article continues our series on loans to shareholders. In the preceding articles, Loans to Shareholders Must Be Made on Market Terms and Loans to Shareholders: The Importance of Payment Terms, we concentrated on particular aspects of loans from a corporation to a shareholder that are examined in determining whether such a loan is bona fide. In this article, we widen our focus and discuss more generally the extensive variety of factors that the IRS and the courts have looked at in deciding whether the parties’ own characterization of a transaction as a loan will be respected.

The test of whether a particular transaction is a bona fide loan boils down to the single question of whether, at the time the disbursement was made to the shareholder, the parties actually intended that the shareholder would repay the money.[1] In answering that question, a court will consider the parties’ own expressions of their intentions to create a bona fide loan.[2] But there is an incentive for the parties to be less than truthful once the IRS comes knocking, so “a mere declaration by a shareholder that he intended a withdrawal to constitute a loan is insufficient if the transaction fails to meet more reliable indicia of debt.”[3] In other words, because the parties’ subjective intent “is difficult to discern, courts [and the IRS] regularly resort to objective criteria, asking whether the transaction bears the traditional hallmarks of a loan or of a dividend” or something else.[4] One of the most inclusive lists of the objective criteria examined in making that determination sets forth no less than a dozen relevant factors:

(1)       the extent to which the shareholder controlled the corporation;

(2)       whether the corporation had a history of paying dividends;

(4)       the magnitude of the advances and whether a ceiling existed to limit the amount the corporation advanced;

(5)       how the parties recorded the advances on their books and records;

(7)       whether security was provided for the advances;

(10)     whether the shareholder made any repayments;

(11)     whether the shareholder was in a position to repay the advances; and

(12)     whether the advances to the shareholder were made in proportion to his stock holdings.[5]

The list is not exhaustive,[6] and no single one of these factors, standing alone, is controlling in a particular case;[7] rather, “each factor is considered with all the facts and circumstances present.”[8]

With regard to the first item on the list, “[i]f a shareholder controls the majority of a corporation’s stock, he or she can exercise direct control over the corporation’s earnings and profits,” which “tends to suggest a constructive dividend” rather than a loan.[9] Transactions between a corporation and its sole shareholder are examined with particular scrutiny.[10] Similarly, with regard to the fourth factor, “if a corporation makes large advances to a controlling shareholder, and the shareholder’s ability to repay is essentially contingent on future events,” then a constructive dividend is more likely.[11] By contrast, “[a] numerical ceiling on the amount that can be advanced to a shareholder would tend to support bona fide debt.”[12]

As to the second and third factors, “[a]dequate earnings and profits with respect to the advances made, coupled with no history of paying dividends, favors constructive dividend treatment.”[13]

With regard to the fifth item, “[t]he corporation’s accounting treatment of the disbursements is an important factor. When it records and carries them in its accounts as ‘loans receivable’ or ‘accounts receivable,’ a loan is indicated, as is the case where its financial statements and income tax returns similarly reflect the disbursements.”[14]

The sixth through the eleventh factors were the ones we saw discussed most often and examined most carefully in the cases we researched. With regard to the sixth factor, “[a] note or other instrument is indicative of a debtor-creditor relationship,”[15] while “[t]he absence of a note or other loan documentation is indicative of a constructive dividend.”[16] As the IRS has noted, however, this factor is not determinative, as “[t]here are numerous court cases where no note was issued for advances, but, based on other factors, the advances were accepted as bona fide loans.”[17]

As to the seventh item, as expected, the provision of security for a debt instrument supports the characterization of a disbursement as a loan,[18] while “[t]he lack of collateral pledged to secure repayment is indicative of a constructive dividend.”[19]

We have already examined in our two previous articles the eighth and ninth factors in the list: if the parties agreed to a fixed schedule of repayment,[20] and if the shareholder agreed to repay the money advanced with interest at no less than the “applicable Federal rate,” then the transaction is more likely to be treated as a true loan.[21]

With regard to the tenth factor, repayment by the shareholder is considered “strong evidence that an advance was intended as a loan.”[22] On the other hand, if no repayments were made, but the loan was not yet due, then this factor is neutral.[23]

As to the eleventh factor, the existence of a bona fide credit transaction is supported by the existence of a “reasonable prospect” of repayment at the time the loan was made.[24] “This factor is best determined by looking to whether there was ‘a reasonable expectation of repayment in light of the economic realities of the situation’ at the time the funds were advanced.”[25] The shareholder’s salary, other income, and net worth are relevant in determining whether the shareholder was in a position to repay the advances.[26] For example, the fact that the borrower earns a substantial living as a neurosurgeon is a good indicator of a reasonable prospect that the purported loan will be repaid.[27]

Finally, with regard to the twelfth factor, “[i]n a multi-shareholder context, the correspondence between proportional amounts of so-called ‘loans’ and the stock ownership interest of the ‘borrowers’ is a strong indication of dividends.”[28] On the other hand, if a distribution is made to just one of the shareholders, and that shareholder does not control the corporation and the other shareholder or shareholders do not object to treating the distribution as a loan, then that suggests that a bona fide loan was made.[29]

In sum, courts and the IRS examine a wide variety of objective factors in determining whether a transaction characterized by the parties as a loan will actually be treated as such. No one factor is determinative; instead, all of the facts and circumstances surrounding the transaction are considered. In the end, however, the transaction has to be grounded in economic reality (i.e., the corporation has the resources to make a loan, and the shareholder has the resources to pay it back) and structured like a real loan. If the transaction looks like an actual loan (i.e., it is evidenced by a promissory note, secured by collateral, has a fixed maturity date and repayment schedule, and bears interest at least at the applicable Federal rate), then it will more than likely be treated as such, and the parties will not be in for any unwelcome surprises down the road.

[4]Bergersen, 109 F.3d at 59; see also Crowley, 962 F.2d at 1079 (“The constructive dividend inquiry concerns itself with the parties’ subjective intent, rather than objective intent, although recourse to objective evidence is required to ferret out and corroborate [the parties’] actual intent.”).