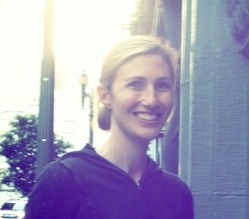 Jaime Burke has produced the feature films, THE PACT (IFC), UNREST (Freestyle/Lionsgate), EVERYBODY WANTS TO BE ITALIAN (Roadside Attractions/Lionsgate) and the upcoming thriller MURDER IN THE DARK.  She also produced three media projects for Michael Eisner’s new media company, Vuguru, including, NUCLEAR FAMILY, THE MILLIONAIRE TOUR and CRAWLSPACE in 2011. Prior to producing, Jaime served as an executive on the Twentieth Century Fox projects HIDE AND SEEK and THE OMEN 666.

Burke is currently prepping for the film THE POSSESSION OF MICHAEL KING, as well as running Lifeboat Productions, a full service production company.

Burke began her career in film while earning her MFA from the prestigious Peter Stark Producing Program at the University of Southern California.  While there, she produced the award-winning short film SIT AND SPIN, and won the selective Sloan Production Scholarship that funded the acclaimed short, THE FIRST VAMPIRE.

We formed a California corporation for Jaime.