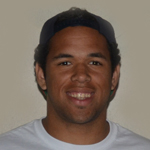 Jordan Payton, Sterling Root, and Charles DuPont are the co-founders of apparel company, Long Awaited.  Jordan was the varsity football team captain and wide receiver for a nationally top-ranked high school football team, and was a “5 star” football recruit, having received offers from almost every top 25 division I college in the United States. Jordan will be attending UCLA commencing September, 2012 on a full academic scholarship. Jordan has been on charitable missions to Hawaii and China and has been interested in advancing his business development and strategies from clothing lines to charity organizations throughout his high school career.

We formed a California LLC for Jordan.