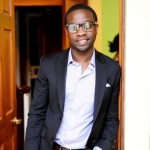 Gagdoo (the Great African Gain, Discovering Our Opportunities) is a social business platform for business owners, up & coming entrepreneurs and large corporations to engage in business ventures and develop connections within Africa and the African Diaspora. Gagdoo was birthed when four members of the African Diaspora (Olalekan Savage, OGOCHUKWU V. ADOGU, LaToya Goree and MUHAMMED- MUTIU  OLADIMEJI ) began debating the issues that currently perplex business owners of African descent- most important being the lack of a centralized, thorough network that allowed businesses to promote themselves while also obtaining goods and/or services that could be vital to their company’s growth.  While they realized that the same conversation they were having was being duplicated thru out the world where there are large deposits of members in the African Diaspora- London, Paris, Tokyo, New York, Dubai, etc. They decided that it was time for a collective group of young professional, such as themselves, to be part of the solution and no longer part of the perpuating problem. The banker, the financial analyst, the advertising/marketing exec, and it analyst combined their talents to create an online environment to reflect and foster the New Africa…the Africa that is growing….the Africa that is not just doing but GAGDOO “ING”.

We formed a Delaware LLC for Olalekan and his partners.