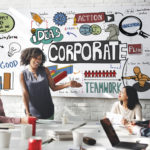 The biggest myth about incorporating in the startup community is that if the company has no revenue, there is no obligation to file tax returns or pay franchise taxes.  This is wrong, and this article, we will debunk that myth.

In our last article, we noted California corporations must pay a minimum franchise tax of $800 every year after their first taxable year.[1] New business owners might think they do not have to pay the tax if the business does not have any revenue. They would be wrong. The California State Board of Equalization has repeatedly ruled that “[p]ayment of the minimum franchise tax is not contingent upon the corporation conducting any business or engaging in profitable activities; rather, the tax is imposed for the privilege of exercising the corporate franchise within this state. A corporation is still liable for the minimum franchise tax even when it does not conduct any business or have any income upon which to measure the franchise tax.”[2] In other words, after your first taxable year, you have to pay at least $800 a year just for the privilege of having a corporation formed or qualified to do business in California, whether or not you actually do any business there during the year.

If you make the mistake of not paying at least the minimum tax in a year, then you may also be responsible for paying various penalties. California law provides for a late filing penalty of five percent of the total unpaid tax, plus 0.5 percent per month of the “remaining tax,” with a cap of 25 percent of the total unpaid tax.[3] The penalty may be abated if the taxpayer can show that the failure to make a timely payment of tax was due to reasonable cause and not due to willful neglect.[4] To establish “reasonable cause” for late payment of tax, the taxpayer bears the burden of showing that its failure to make a timely payment of the proper amount of tax occurred despite the exercise of ordinary business care and prudence.[5] It is not enough to show reasonable cause that the taxpayer simply misunderstood its liability to pay the minimum annual franchise tax even if the company had no revenues.[6]

And Do Not Mess With The IRS

The penalties can get significantly steeper if the taxpayer is an S corporation. In California, for example, in addition to all of the other penalties (plus interest) noted above, an S corporation that files a late return is also subject to a penalty of $18 for each month the return is late (not to exceed 12 months) for each person who was a shareholder in the S corporation during any part of the taxable year.[11] That is chicken feed compared to the penalty for filing a late federal S Corporation return on Form 1120S, which is $195 per shareholder for each month the return is late (up to 12 months).[12] So, for example, if you have a two-person S corporation and fail to file your federal return for a year because you mistakenly thought you weren’t required to file because you had no revenue, you are looking at a federal S corporation late filing penalty of $4,680 ($195 x 2 shareholders x 12 months).[13]

The moral of the story is that forming a corporation before you need to can become a costly mistake.  Before you jump online, speak with your CPA about the ongoing obligations to pay taxes and file tax returns.  This is the reason why we do not form companies for clients who do not have accountants on their teams. See, Why eMinutes Requires Clients to Have CPAs.

[11] See Cal. Rev. & Tax Code § 19172.5. The S corporation late filing penalty is subject to a “reasonable cause” exception, id. § 19172.5(a), but as we’ve seen the exception is of no value where the taxpayer failed to file simply because it was ignorant of the legal obligation to file.