How to Protect Your Identity In Corporate Transactions 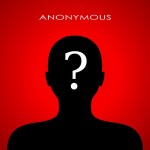 View our chart of each state’s disclosure requirements by clicking here.

There are many legitimate reasons why an investor may prefer that his or her name not be publicly disclosed.  When the goal is to preserve anonymity, we have long recommended Delaware as the best choice of jurisdiction.  See, Delaware: Homerun for Celebrities and Investors.

But it is equally important to be cognizant of what information becomes publicly available when a company qualifies to do business in a state other than the jurisdiction where the company is formed.

We analyzed each state’s requirements.