Read This Before Incorporating 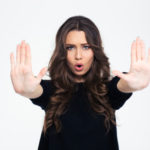 I’m guessing that at least half of all corporations formed online did not need to be formed in the first place.

We form and maintain a lot of business entities at eMinutes. So people are always surprised when, after exploring with them why they want to incorporate (or form a LLC), we advise them to save their money and not incorporate. Why would we do that? Because for a lot of entrepreneurs just starting up a new business, it is a waste of money.

The truth is that it costs money and takes time to initially form a business entity and then maintain it after that. We’ve spoken to many entrepreneurs who think it’s as simple as jumping online or DIY-filing a form or two with the Secretary of State’s office.  Too many entrepreneurs incorrectly assume that they can sit back and enjoy the benefits of the corporate form, which they see as including absolute protection from being held personally liable for the company’s debts. Liability protection is the primary benefit of incorporating, but obtaining that protection is not quite as cut-and-dried as many entrepreneurs think. Given the limits on liability protection and the significant costs of forming and maintaining a business entity, every entrepreneur needs to consider carefully whether (or when) to incorporate

With that in mind, we are undertaking a series of articles identifying more clearly the costs (some obvious, some not so obvious) and benefits (some of which come with their own hidden costs) of incorporating. Armed with a better understanding of the pros and cons of forming a new business entity, the entrepreneur can then make a more informed decision. In the end, it comes down to this: do the benefits of doing business as a corporation or LLC outweigh the costs of forming and maintaining the entity?

We’ll get into the specifics more in the coming articles, but here is the general lay of the land. The obvious cost of organizing a new business entity is getting the legal papers (articles of incorporation, by-laws, organizational minutes, etc.) together in the proper form and filing what needs to be filed with the Secretary of State’s office. To avoid problems down the road, it is best to get professional help when taking care of the legal nitty-gritty of incorporating. To give you an idea, we charge a flat fee of $875 to take care of the details, which is not an insignificant amount of money when starting a new business with limited or no revenue. Plus, you should have an accountant advising you on the tax structure, so you are looking at over $1,500 just to get the company organized .[1]

We have spoken to entrepreneurs over the years who are convinced that they don’t need to prepare and file a tax return or pay any franchise tax because their business didn’t have any revenue during the preceding tax year. If you make that mistake, you will not only have to pay the minimum franchise tax, but you’ll also have to pay various penalties and interest for paying the tax late.[3] And if you decide to form your business as an S corporation, those penalties can amount to significantly more than the franchise tax itself.[4] So there is both a cost to maintaining the company through paying the franchise tax, among other things, and a potentially hidden cost in paying more than the tax if you didn’t pay it when you should have. In short, you have to keep up with such matters (or hire someone to do it for you) once you decide to incorporate your business.

So what are the benefits to be weighed against the costs of incorporating? As we said, the primary benefit is liability protection.[5] But that is not as simple as it first sounds either. For one thing, the protection given by the corporate form runs only to contractual obligations, not torts.[6] So if you are a lawyer and organize your practice as a professional corporation, you cannot (for the most part) be held liable if you fail to pay the rent on time, but you can’t escape liability for your own negligence (legal malpractice) by incorporating.[7] And even with regard to standard corporate obligations, liability protection can still be denied, through a doctrine known as piercing the corporate veil, if you don’t do certain things when you form the business (like making sure it is adequately capitalized) and maintain it (like keeping proper corporate minutes).[8] In other words, there are also hidden costs to obtaining the benefit of liability protection, such as putting enough money into the corporation at the outset that a court doesn’t look through your “shell” company and hold you personally liable for the corporation’s debts, which is what you were trying to avoid by forming a legal business entity in the first place.

Obviously, we are not saying that it never makes sense to incorporate, just that an entrepreneur needs to perform a simple cost-benefit analysis to determine whether it makes sense to incorporate in her particular situation.  Before jumping online or downloading the Secretary of State forms, each entrepreneur should ignore the silly concept of “it will make me seem more legit” and consider the costs of maintaining the company once it’s formed.

[1] The exact amount varies depending on the jurisdiction and the type of entity you’re forming. For example, if you want to form a LLC based in New York City, it’s going to cost you significantly more due to New York’s unusual publication requirement. See N.Y. Ltd. Liab. Co. Law § 206.