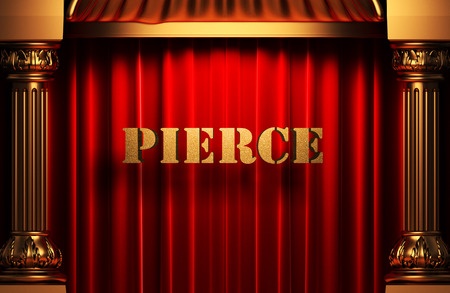 Reducing Risk of Alter Ego With Some Simple Things

Piercing the corporate veil is the single most litigated issue in all of corporate law.[1] But despite all the litigation, veil-piercing is still “poorly understood.”[2] One scholar has gone so far as to say that “[f]rom its inception veil-piercing has been a scourge on corporate law. Exactly when the veil of limited liability can and will be circumvented to reach into a shareholder’s own assets has befuddled courts, litigants, and scholars alike.”[3]

I have been in this business for nearly 25 years and wondered myself whether owners of small businesses can take any concrete steps to avoid this “scourge.”[4] I have had a hunch that doing the small things like issuing shares and keeping up with corporate minutes reduces the likelihood of veil-piercing, but short of plodding through thousands of cases, it is not an easy hunch to run down. Fortunately, an increasing number of scholars have done the plodding for me,[5] in the process confirming that properly maintaining corporate formalities is one of the few things that shareholders have any real control of that can limit their chances of being held personally liable for corporate debts and obligations.

Most of the studies have used similar methodology to compile purely “descriptive” statistics: the authors read through thousands of cases to determine in each case (1) what factors were either expressly mentioned by the court (such as a lack of corporate formalities) or appeared from an examination of the facts without being mentioned by name as a relevant factor by the court (such as whether the plaintiff was an entity or an individual), and (2) whether the corporate veil was pierced, so as to suggest some correlation between a particular factor and the likelihood that veil-piercing will occur based on the presence or absence of that factor in the case. At this purely descriptive level, there are some odd findings, which go beyond what the courts say they are focusing on in conducting a veil-piercing analysis.

For example, one study found that entity plaintiffs are almost twice as likely as individual plaintiffs to successfully pierce the corporate veil.[6] But short of refusing to do business with entities rather than individuals, which is obviously not a practical solution, there is little a business can do to avoid veil-piercing based on this factor. Similarly, most of the studies have found that courts are more likely to pierce the corporate veil to enforce a contract claim than a tort claim.[7] Again, however, owners cannot avoid entering into contracts in order to avoid veil-piercing and still conduct business in the ordinary course.

On the other hand, the descriptive studies have noted a correlation between not following corporate formalities and piercing. One of the more recent studies examined cases for evidence of either “nonexistent” management—that is, managers or officers were either never appointed and/or there were no company financial or other records—or “nonfunctioning” management—that is, managers or officers were appointed, but they did not function normally, such as by holding meetings or keeping proper corporate records.[8] Each of these factors appeared in less than a third of the total number of cases examined, but in both instances the chances of piercing were much higher where the factors were found to be present rather than not present. For example, in cases where courts found that corporate management was nonfunctioning, they pierced in about 79% of the cases and refused to pierce in only 21% of the cases.[9] Conversely, in cases where courts found that management was not nonfunctioning, they declined to pierce in about 87% of the cases and pierced in only 13% of the cases.[10] Importantly, the latter finding was found to be statistically significant even when the author conducted a more rigorous regression analysis of the data.[11] In other words, even the more powerful statistical analysis showed a significant correlation between a court finding that the factor of nonfunctioning was not present in the case and then refusing to pierce the corporate veil to impose liability on the corporation’s owners.

The lesson seems pretty clear: While veil-piercing may still be a murky phenomenon about which shareholders have little control, they should take care of the things they can control, and rather easily, namely following corporate formalities such as issuing shares, electing officers, holding required meetings, and keeping minutes of those meetings. Taking those little steps could make the difference in not being held personally liable for the corporation’s debts and obligations.

[4]While it is often said that piercing the corporate veil is a “rare exception” to the general rule of limited liability for corporate shareholders and members of limited liability companies, Dole Food Co. v. Patrickson, 538 U.S. 468, 475 (2003), piercing rates have generally held steady between about 30% to 40% of all cases in which the issue has been presented, John H. Matheson, Why Courts Pierce: An Empirical Study of Piercing the Corporate Veil, 7 Berkeley Bus. L.J. 1, 14-17 (2010), http://scholarship.law.berkeley.edu/cgi/viewcontent.cgi?article=1068&context=bblj (cases from 1990 to 2008).

[11]Id. at 59. In nearly every veil-piercing case, multiple factors are discussed by the court. The problem with many of the studies is that they do not attempt to determine which of the multiple factors found in any one case explains why the veil was or was not pierced in that case. Multiple regression analysis is the “tool of choice” for explaining the correlation between a particular outcome and one of several variables hypothesized to have caused that outcome. Id. at 13-14.