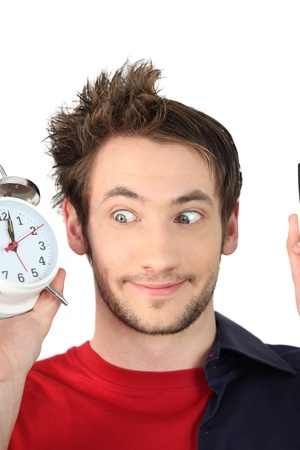 S Corporation Election Date for New Corporations – When Does The Clock Start?

From time to time, we receive feedback suggesting that we use the date a new corporation files its articles of incorporation as the corporation’s S election date. But as we read Treasury Regulation 1.1362-6, the new corporation’s taxable year usually will not begin on the date the corporation files its articles, unless it also issues shares, acquires assets, or begins doing business on that same day. And there is a definite risk in filing too early, as “[t]he invalidity of an election filed after the date of incorporation of a corporation, but prior to the occurrence of one of the three events marking the beginning of the year, is a trap for those not versed in the rules.”[4]

This trap is not well documented. In fact, we found almost no court decisions addressing the issue of when a new corporation’s taxable year begins for purposes of making an effective S corporation election since the 1970’s. Most commentators feel that the determinations made in those decisions as to when a new corporation’s taxable year begins are still applicable under current law.[5] That is likely true insofar as it goes, but it does not take into account possible changes in the intervening years in state law, which may well impact on the taxable year determination.

California provides an excellent case in point, since some of the earlier decisions applied California law in determining when a new corporation’s taxable year began. For example, in Bone v. Commissioner of Internal Revenue,[6] Thomas Bone and his father began developing a property as a citrus grove. On August 16, 1963, articles of incorporation were filed with the California Secretary of State for Tom Bone Citrus, Inc. (“TBC”). On the same day, the Secretary of State issued the certificate of incorporation and the original incorporators of TBC held an organizational meeting at which, among other things, bylaws were adopted, the incorporators resigned, and Bone, his wife, and his father were elected as directors. No stock was issued at that time, nor would it be for some time. On August 22, 1963, a special meeting of the board of directors was held. At the meeting, officers were elected, a corporate seal was adopted, a specimen stock certificate was approved, and the treasurer was authorized to open a bank account and sign checks. At the same meeting, Bone offered to sell the property on which the citrus grove was located to TBC in consideration of the issuance of 1,900 shares of common stock to Bone. In addition, Bone’s father offered to buy 100 shares of TBC’s common stock. The board accepted the offers by resolution. On October 7, 1963, Bone and his wife delivered a deed for the property to TBC. Bone did not receive any stock from TBC at that time. On the same day, TBC executed an application for a permit to sell and issue stock, but the application was not filed with the commissioner of corporations until March 12, 1964. The permit was issued on October 28, 1964, after which TBC finally issued stock to Bone and his father. By that time, however, TBC had been functioning as a corporation for over a year. For example, TBC had purchased and improved the real property, opened and maintained a bank account, kept books and records, hired labor, paid taxes and expenses, and arranged financing.

TBC did not mail its election to be treated as an S corporation to the IRS until November 16, 1964. When the election was disallowed by the IRS, Bone appealed, taking the position that “TBC could not and did not acquire its assets and begin business until it received permission to issue stock, and that it could not have filed a valid subchapter S election until its stock was issued.”[7] The Tax Court did not agree. The case was quite simple in one respect. In terms similar to current Treasury Regulation 1.1362-6, the then-applicable regulation provided that “the first month of the taxable year of a new corporation does not begin until the corporation has shareholders or acquires assets or begins doing business, whichever is the first to occur.”[8] Because TBC clearly had both acquired assets and begun doing business long before the S corporation election was filed in November of 1964, the election was properly disallowed.[9] Even so, the Tax Court considered Bone’s argument that a valid election could not have been filed before October 28, 1964, because until then TBC had no shareholders. But the Tax Court rejected that position under California law, concluding that Bone and his father

The IRS, citing an unidentified state’s law, came to a similar conclusion in a 1972 Revenue Ruling.[11]

But the law has changed in California in the nearly 50 years since Bone was decided. Bone relied on the Brown case, in which the court stated that “any agreement to take stock in a corporation is a subscription” because “[s]ection 103 of the Corporations Code provides that ‘shareholders,’ ‘stockholders,’ or ‘holders of shares,’ includes a subscriber where no certificates are outstanding.”[12] Now, however, the General Corporation Law defines a “shareholder” more narrowly as “one who is a holder of record of shares.”[13] As a result, a subscriber is no longer a “shareholder” under California law.[14]

[5]See, e.g., Fed. Tax Coordinator ¶ D-1569 (2d ed. 2017). The three tests for determining when a new corporation’s taxable year begins for purposes of electing S corporation status—having shareholders, acquiring assets, or beginning to do business—have not changed since those decisions were made. Under the prior law, however, the election had to be made within the first month of the taxable year.

[9]See also Rowland v. United States, 315 F. Supp. 596, 599-600 (W.D. Ark. 1970) (“It seems beyond dispute that the occurrence of any of the three events set forth in the regulation marks the beginning of the first month of the taxable year of a new corporation. . . . [T]he applicable regulations are neither vague nor ambiguous.”); Artukovich v. Comm’r of Internal Revenue, 61 T.C. 100, 105 (1973) (California corporation; “The regulation disregards the period when the corporation is merely a hollow shell without shareholders, assets, or a business, and keys the time for the election to the date on which the corporation has shareholders or acquires assets or begins doing business, whichever is the first to occur.” (internal quotation marks omitted)).

[11]Rev. Rul. 72-257, 1972-1 C.B. 270 (“The date articles of incorporation are filed begins the . . . period for filing a small business corporation’s [S corporation] election . . . where state law provides that the corporate existence begins and stock subscribers become “shareholders” on the day the articles are filed.”); see also Fed. Tax Coordinator ¶ D-1569 (“A corporation, under certain circumstances, can have shareholders, and thus start the election period running, when it files its articles of incorporation rather than when stock certificates are actually issued.” (citing Rev. Rul. 72-257)).

[14]Cf. Haah v. Donghyuk Kim, 175 Cal. App. 4th 45, 54-55, 95 Cal. Rptr. 3d 515, 522-23 (2009) (noting the narrower definition of a “shareholder” since Brown was decided; the General Corporation Law accounts for the narrower definition by permitting an action to determine the validity of a director’s election or appointment “by any shareholder or by any person who claims to have been denied the right to vote,” Cal. Corp. Code § 709(a), the latter of which includes subscribers “who have entered into agreements to take shares in the corporation[, . . .] but who have not yet been issued those shares.”).

[15]This does not require that the person actually receive paper share certificates. See Cal. Corp. Code § 416(b) (“[A] corporation may adopt a system of issuance, recordation and transfer of its shares by electronic or other means not involving any issuance of certificates[.]”)

[17]See also Artukovich, 61 T.C. at 106-07 (new corporation’s taxable year began when it received a $20,000 loan, incurred liability for interest on the loan, set up two bank accounts, and spent money on a remodeling project).