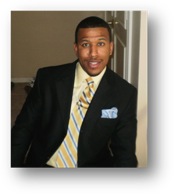 Seilas Dedric Phillips, 5th child of 8 children, was born in Denver, CO, but spent the majority of his life in Lansing, MI.  After graduating from Everett High School in 1999, Seilas spent little time in Lansing before moving to Los Angeles, CA in the summer of 2001. While working various jobs, Seilas attended West Los Angeles College before he launched Dedric Entertainment Group in the spring of 2009. With the risk of spreading his entrepreneurial wings, Dedric Entertainment Group (DEG), a newly created independent film sales & marketing firm was designed to advance and develop product and branding options for selected film projects.

Now in the third year of launch, DEG has established substantial growth while building a solid infrastructure by accessing key theatrical and merchandising components that will serve as successful tools in the growth of the DEG business model.  His goal is to advance the diversity of independent film by offering audience access to great film and branding content through licensing options.

With the incorporation of Dedric Entertainment Group, the vision is to now position the profit potential of DEG for private investment.  Once obtained, his strategy is to build his Southern California presence for aggressive content acquisition initiatives, and form a solid market representation in key markets across the country.  With this, DEG can advance a local presence for new theatrical and merchandising releases, all while developing relationships in local markets with both intended audiences and businesses for advertising, promotion, and revenue options.

His goal is to progress, maintain, and increase market support for the creativity being materialized from the film industry.  With the advancement of digital technology in movie theaters, and the cross over conversion into film from the music, sports, and alternative entertainment industries, DEG has positioned themselves to secure representation of future growth for independent film sales & marketing.

We formed a California corporation for Seilas.