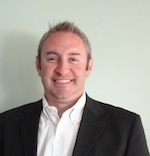 We formed JRMComm, Inc., for Jason Mollica.   Jason is a public relations/social media marketing professional who formed his company to assist clients in maximizing their online presence. Whether it is developing a communications plan for a business or strategizing a more effective social media outreach,  Jason works with clients to determine the best approach.

Jason was formerly the public relations manager at a strategic marketing and PR firm near Buffalo, New York, where he was responsible for educating clients on social media, strategic marketing plans, as well as media training.  Prior to this, he worked at Niagara University in the Office of Communications and Public Relations. It was there he was tasked to research and implement a new social media agenda. Jason was named chairman of his sector’s Social Media Committee at Niagara University.

Through these experiences, Jason have seen firsthand the impact that effective social media marketing strategies can have on companies and organizations. In addition, he has a rich background in traditional media, such as radio and television. Jason worked for several years at Fox News in New York City, which provided a unique perspective with strategic marketing and communication in the media.

Current clients include Olcott and Newfane Tourism, and Brookins Inn & Suites. Over the past year, Jason has guest lectured at several universities, utilizing their distance learning media. Guest lectures include the University of Maryland, on Social Media in Internal Communications; Western Carolina University PRSSA Chapter, on Why Social Media is Important for PR; Central Michigan University PRSSA Chapter, on the Importance of Understanding the Media, and Ferris State University, on Career, Resume, Portfolio Advice.

Jason Mollica knows the challenges that companies and organizations face when it comes to marketing, but is confident in the effective use of social media as a business strategy.

Jason is extremely active on Facebook, Twitter, as well as his blog. He frequently guest blogs and is a contributing poster at the industry respected PR Breakfast Club.

We form a New York corporation for Jason.