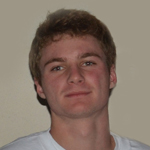 Jordan Payton, Sterling Root, and Charles DuPont are the co-founders of apparel company, Long Awaited.  Sterling was the varsity lacrosse team captain of his high school. Recruited by a number of division III colleges and universities, Sterling has chosen Trinity College in Hartford, Connecticut, where he will start his freshman year in September, 2012. Sterling is an Eagle Scout and holds a “Rescue Diver” scuba diving certification. He has competed in the Junior Olympics sailing competition and will be employed during the summer, 2012 as a sailing instructor. Sterling started his first business at the age of 9 when he hired the neighborhood youth to work for him in a snow cone business that he managed utilizing equipment that he saved for and purchased with his own funds.  He then started a neighborhood car washing business. The two business generated profits in excess of $1000 by the time Sterling was 11 years old.

We formed a California LLC for Sterling.