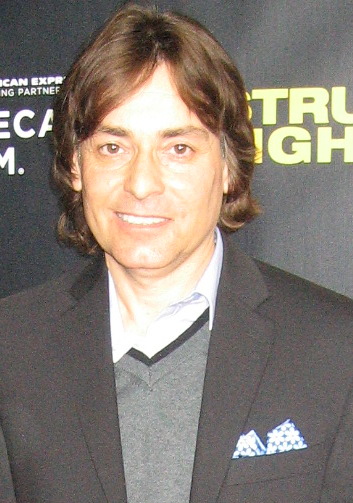 On the heels of his recent departure from Permut Presentations, Inc., Producer Steve Longi announces the formation of Longitude Entertainment; a production company formed to purchase screenplays, books, true-life stories, and original film, TV, and Internet properties. The goal of the company is to secure rights, develop material and attach star talent before raising financing.  Longi formed Longitude Entertainment with private financing from GoingLong Productions and has teamed up with Joe Lawless and GoingLong to acquire the rights to the story of Raul Julia-Levy and the making of his recent documentary “Revelations of the Mayans: 2012 and Beyond”. Julia, for the making of his film, was given unprecedented access to the Mayan tombs by the governments of Mexico and Guatemala and promised the film would prove beyond a doubt that the Mayans had contact with aliens. The production commenced only to be brought to a halt amidst allegations of fraud, theft of footage, double-dealing and lawsuits. The story of what happened to “Revelations of the Mayans” is still making headlines around the world. The working title of the film, which will be a comedy inspired by true-events, is “Secrets of the Mayans: Exposed!”  Originally from New Jersey, Mr. Longi relocated to Los Angeles to attend college. For the last ten years, he has served as Vice President of Permut Presentations, Inc, a company run by prolific film & television producer David Permut. During that time, he oversaw the production, development, marketing and release of Permut’s entire slate. Mr. Longi began working with Permut on the 1997 breakout hit “Face/Off” starring Nicolas Cage and John Travolta. It was one of the top ten highest grossing films of 1997. Since that time he has developed over one hundred feature film, television, and theatrical stage projects, and produced nine movies including Dimension Film’s “Youth in Revolt,” starring Michael Cera, Justin Long, Ray Liotta, and Zach Galifianakis He also produced the critically acclaimed telefilm “Prayers for Bobby” for Lifetime Television. The film has won numerous awards, including a GLAAD Best Picture and was nominated for two Emmy’s including a Best Actress for Sigourney Weaver. It was one of the highest rated cable movies in the history of the Lifetime Cable Network.  Longi’s other feature credits include: the action-comedy “Double Take” for Disney; “Dysfunktional Family” for Miramax; “Local Color” with Armin Mueller Stahl; a documentary about legendary songwriters Richard and Robert Sherman who wrote music for Walt Disney entitled “The Boys: The Sherman Brothers Story;” and “Charlie Bartlett” with Anton Yelchin, Kat Dennings, Hope Davis, and Robert Downey Jr.  Longi also produced “Struck By Lightning,” written by and starring “Glee’s” Chris Colfer, and has a cast that includes Alison Janney, Christina Hendricks, Dermot Mulroney, Polly Bergen, and Sarah Highland. The film premiered in New York at the Tribeca Film Festival and was acquired by Tribeca Films.  Longi has a slate of films in various stages of production including: “Match”, written and directed by Stephen Belber, starring patrick stewart, mathew lillard and carla guigino (post-production); “Without A Badge” with Christie Hsiao’s Serenity Media Group; “DeLorean,” about the rise and fall of auto magnate John Z. DeLorean with a script by Emmy winning writer Adam Mazer; The biopic “Brother Sam” about cutting-edge comic Sam Kinison with Larry Charles directing. In addition to working with writers and packaging projects, Longi also travels to the set and is p resent during the entire production phase.  Next up in production is “The C.O.”, written by Pulitzer Prize winner Robert Schenkkan with Randall Wallace attached to direct and Walden Media financing. This is the true story of private first class Desmond Doss, a Conscientious Objector during World War II. Doss, who willingly enlisted in the army but refused to bear arms, became a medic, and in an extreme act of bravery saved the lives of over 75 men in the Battle of Okinawa. He was awarded the Congressional Medal of Honor by President Truman. The film is scheduled for release in 2013. Longi is also creator of the Producer’s Database; a comprehensive database which has over 10,000 bits of information about actors, writers, directors, buyers, distributors, and financiers. The database is a powerful tool designed to help producers through the various stages of production by putting the most pertinent information at their fingertips. It is entirely unique in its construction and is the culmination of over 15 years experience in the entertainment industry.