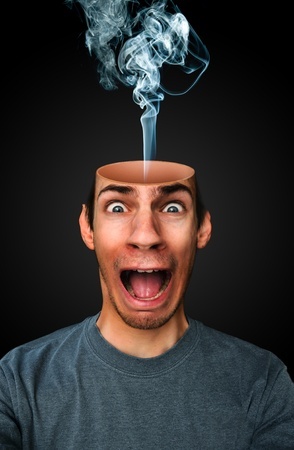 Tardy S Election Is No Reason To Freak Out

When I was a new lawyer nearly 25 years ago, a tardy S-election was a legitimate reason to freak out.  Fortunately, that is no longer the case.

Section 1362 provides that the Secretary may treat a late election as timely made for the taxable year if the Secretary “determines that there was reasonable cause for the failure to timely make such election.”[3] The Internal Revenue Code does not define what is “reasonable cause,” but the IRS has generally set a pretty low bar for satisfying that standard. In one instance, for example, the IRS ruled that it would accept an S corporation election that was filed late simply because the employee who was supposed to mail in the election did not actually mail it.[4] As a result, the only real hurdle to filing a late election is making sure that the necessary procedures are complied with.

Those procedures are set forth in Revenue Procedure 2013-30, which took effect on September 3, 2013. There are four general requirements for obtaining relief for a late S corporation election: (1) the entity requesting relief intended to be classified as an S corporation as of the effective date of the election; (2) the requesting entity failed to qualify as an S corporation solely because the election was not timely filed; (3) there is reasonable cause for the failure to make a timely election and the entity acted diligently to correct the mistake upon its discovery; and (4) the entity requests relief from the IRS under Revenue Procedure 2013-30 within 3 years and 75 days from the effective date of the election.[5]

If the four general requirements are satisfied, then the entity seeks relief for a late election by completing the standard election on Form 2553 and (1) attaching it to the S corporation’s current year Form 1120S, (2) attaching it to one of the corporation’s prior year Forms 1120S, or (3) filing it with the IRS independent of Form 1120S.[6] The late election form must state at the top that is being “FILED PURSUANT TO REV. PROC. 2013-30.”[7] The election form must also include a “Reasonable Cause Statement,” expressly made under penalty of perjury, that describes (1) the entity’s reasonable cause for failure to make a timely election, and (2) its diligent actions to correct the mistake upon its discovery.[8] The election form must also include statements from all of the S corporation’s shareholders, also made under penalty of perjury, that they have reported their income on all affected returns consistent with the S corporation election for the year the election should have been filed and for all subsequent years.[9] There are additional requirements if the entity is also requesting a late corporate classification to be effective on the same date that the S corporation election was intended to be effective.[10]

All in all, it is a relatively painless procedure, considering the involvement of the IRS.[11] So long as the late election would otherwise be valid, and it is made within 3 years and 75 days of the effective date of the election, relief should routinely be granted by the IRS. Accordingly, while it is always preferable to get an S corporation election filed on time, there are occasions when that may not be possible, for whatever reason. On those occasions, there is no need to stress about making a tardy election using the procedures laid out by the IRS in Revenue Procedure 2013-30.