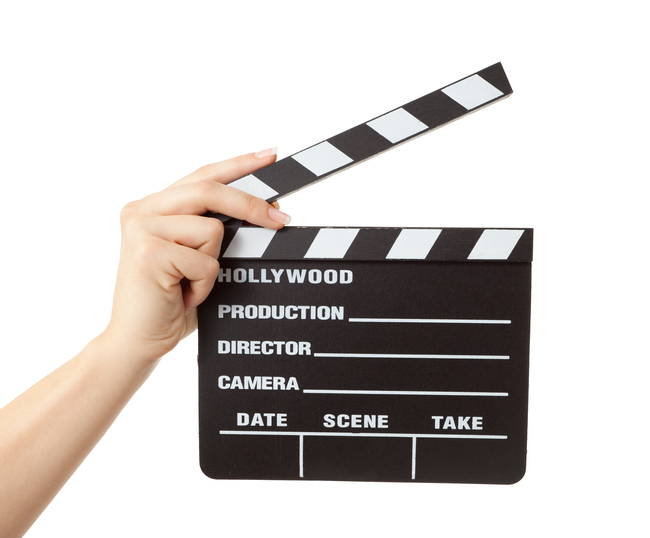 The Effect of AB 5: Does It Still Make Sense to Form a Loan-out Company in California?

The background of AB 5

The expressed intent of the California Legislature in enacting AB 5 was to codify the California Supreme Court’s April 30, 2018 decision in the Dynamex case[2] and to clarify and expand the decision’s application in state law.[3] The specific question in Dynamex was whether Dynamex Operations West, Inc., a nationwide package and document delivery company, had misclassified its individual delivery drivers as independent contractors rather than employees for purposes of the applicable state wage order governing the transportation industry.[4] Although the case arose out of only one particular wage order issued by the Industrial Welfare Commission, the court made clear that the issue of misclassification of workers as independent contractors rather than employees posed “a very serious problem, depriving federal and state governments of billions of dollars in tax revenue and millions of workers of the labor law protections to which they are entitled.”[5]

Addressing the misclassification problem, the Dynamex court applied a much more rigorous standard for classifying workers as independent contractors than in the court’s 1989 Borello decision.[6] In particular, the court adopted the so-called “ABC” test used in other states to distinguish employees from independent contractors in a variety of contexts. Under the ABC test, a worker is properly considered an independent contractor to whom a state wage order does not apply only if the hiring entity establishes all of the following:

What is actually in AB 5?

As noted, the California Legislature intended in AB 5 to codify the Dynamex decision, as well as to broaden its application beyond just wage orders[8] to all provisions under the state Labor and Unemployment Insurance codes.[9] Thus, the ABC test is now specifically incorporated into the California Labor Law.[10]

Importantly, however, AB 5 includes a number of circumstances in which the ABC test does not apply. For example, the statute exempts specified occupations from the application of Dynamex, and provides that those occupations are instead governed by the more lenient Borello standard for the determination of employee or independent contractor status.[11] These exempt occupations include licensed physicians, lawyers, accountants, architects, and engineers.[12]

AB 5 similarly provides that the determination of whether an individual is an employee or an independent contractor pursuant to a contract to provide “professional services” is governed by the Borello standard rather than the Dynamex ABC test if the hiring entity demonstrates that all six of the identified factors are satisfied, including that the individual “maintains a business location, which may include the individual’s residence, that is separate from the hiring entity.”[13] AB 5 specifically provides that, for purposes of this exemption, “[a]n ‘individual’ includes an individual providing services through a sole proprietorship or other business entity,” which presumably includes a loan-out company doing business as a limited liability company or a C corporation or S corporation.[14] In addition, AB 5 defines “professional services” to include the services provided by a “[f]ine artist.”[15] AB 5 intentionally does not define “fine artist,” so some clarification, by the courts or state regulators, will be required to nail down whether that term includes members of the entertainment industry who often do business through loan-out companies, including actors, writers, directors, and producers.[16]

Finally, AB 5 provides another exemption to the application of the holding in Dynamex and the ABC test for a “bona fide business-to-business contracting relationship.”[17] In cases in which a “business service provider” formed as a business entity such as a limited liability company or corporation provides services to a “contracting business,” the employee or independent contractor status of the business services provider will be determined under the Borello standard, but only if the contracting business demonstrates that all twelve of the identified criteria are satisfied.[18] As with the application of the “professional services” exemption for “fine artists,” there is no way to be sure at this juncture whether the “business-to-business” exemption will cover “business services” provided by a loan-out company to a third party wanting to borrow the personal services of the loan-out company’s artist-owner-employee.

Does AB 5 impact the use of loan-out companies in the entertainment industry?

Based on the uncertainty over the meaning and scope of the exemptions in AB 5, it is not surprising that there has been much concern in the entertainment industry over whether AB 5 has effectively done away with the widespread use of loan-out companies to do business in the industry. Notwithstanding the widespread hand-wringing over AB 5, various major guilds and unions in the entertainment industry[19] issued a joint message on September 19, 2019, the day after AB 5 became law, confidently informing their members that “neither AB 5 [n]or the Dynamex decision, which has now been the law in California for a year and a half, undermine your use of a loan-out.”[20] Based on their own internal assessments, as well as conversations with “outside tax attorneys, CPAs, and entertainment lawyers knowledgeable about our business and loan-out companies, and with legislative staff in Sacramento,” the guilds and unions believe that not only does “AB 5 exempt[] the kind of business to business relationships which loan-out companies are set up to support,” but it “specifically contemplates that loan-outs will continue.”[21] In short, “AB 5 is not directed at our industry, and we do not believe it will trigger a change to industry practices” with regard to loan-out companies.[22] That may ultimately prove to be the case, but it is impossible to say for sure without a definitive court or regulatory decision confirming how loan-out companies will be impacted, if at all, by AB 5.

[5]Id. at 913, 416 P.3d at 5. In enacting AB 5, the Legislature echoed the Court’s concerns in Dynamex. See AB 5, supra note 3, § 1(b) (in Dynamex, “the Court cited the harm to misclassified workers who lose significant workplace protections, the unfairness to employers who must compete with companies that misclassify, and the loss to the state of needed revenue from companies that use misclassification to avoid obligations such as payment of payroll taxes, payment of premiums for workers’ compensation, Social Security, unemployment, and disability insurance”). The Legislature also noted the much broader harm that the “misclassification of workers has been a significant factor in the erosion of the middle class and the rise in income inequality.” Id. § 1(c).

[8]See id. at 913, 416 P.3d at 5 (noting that the issue in that case concerned only “one specific context,” that is, “what standard applies, under California law, in determining whether workers should be classified as employees or as independent contractors for purposes of California wage orders” (court’s emphasis)).

[10]See id. (“For purposes of the provisions of this code and the Unemployment Insurance Code, and for the wage orders of the Industrial Welfare Commission, a person providing labor or services for remuneration shall be considered an employee rather than an independent contractor unless the hiring entity demonstrates that all of the following conditions are satisfied: (A) The person is free from the control and direction of the hiring entity in connection with the performance of the work, both under the contract for the performance of the work and in fact[;] (B) The person performs work that is outside the usual course of the hiring entity’s business[; and] (C) The person is customarily engaged in an independently established trade, occupation, or business of the same nature as that involved in the work performed.”).

[16]See Makeda Easter, How AB 5 Has Instilled Fear and Confusion in California’s Arts Community, Los Angeles Times (Jan. 29, 2020) (reporting that AB 5’s author, Assembly member Lorena Gonzalez (D-San Diego), stated that the term “fine artist” was intentionally undefined and that clarifying the exemption was a job that fell to the state’s Employment Development Department, which had no comment). For what it is worth, Assembly member Gonzalez has also stated that “[a] musician is a fine artist,” see Chloe Veltman, Gig Economy Regulations Leave Artists’ Futures Unclear, KQED Arts, even though another California statute dealing with the sale of “works of fine art” defines “fine art” as “an original painting, sculpture, or drawing, or an original work of art in glass,” Cal. Civ. Code § 986(c)(2).

[19]The guilds and unions are SAG-AFTRA (the Screen Actors Guild and the American Federation of Television and Radio Artists), the Writers Guild of America West, the California IATSE Council (representing members of the International Alliance of Theatrical Stage Employees), Teamsters Local 399 (representing various workers in the motion picture industry), and Laborers Local 724 (representing studio utility employees).

[22]Id.; see also SAG-AFTRA, California Member Advisory Regarding AB 5 (Aug. 2, 2019) (“We want to reassure our members that AB 5 will have no impact on the use of loan outs by our members. … Your loan outs and the benefits they provide are assured, and your union will continue to make sure that remains the case.” (emphasis in original)).