The Importance of Shareholders Agreements 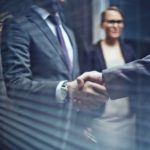 We work with entrepreneurs who are forming small, closely held corporations.[1] Because corporations are “solely creatures of statute,”[2] they are generally said to have only those rights, powers, and liabilities provided for in the corporation statutes under which they were formed. In many respects, however, those statutes are drafted to provide “corporate norms, with their orientation toward the needs of larger corporations,” that are not an ideal fit for closely held corporations.[3] This is especially true in two areas: corporate control and free transferability of shares.

Corporate Norm Is Centralized Management Elected by the Majority

With respect to the former, the corporate norm is centralized management under the control of a board of directors, which delegates authority over the corporation’s day-to-day operations to officers appointed by the board.[4] As one leading legal treatise explains,

the traditional corporate management framework … contemplates a centralized management and gives control of the corporation to holders of a majority of the corporation’s voting shares. If the parties simply form a corporation and do nothing to change the default governance rules specified in the statute, the result will be to put all corporate power in the board of directors and to permit the majority to elect the entire board.[5]

This makes sense in the context of a large corporation, especially a corporation whose shares are public traded, which shareholders may view as nothing more than an investment opportunity that they can get in and out of to suit their financial objectives.

Another corporate norm that is especially troubling for closely held corporations is the free transferability of shares, which permits “each individual shareholder to transfer shares without the participation of the larger group.”[8] The ability to buy and sell one’s shares at will is the hallmark of a large corporation. Obviously, there is a ready market for the shares of a corporation whose shares are traded on a stock exchange, which makes for a more attractive investment to shareholders who do not work for, and are not involved in managing, the corporation.

But that is not the case with a closely held corporation whose shares are not publicly traded. [9] A shareholder in a three-person corporation who no longer sees eye to eye with the other two shareholders does not have a place to go and easily sell her shares and simply be done with the business.[10] Conversely, even if the shareholder who finds herself in the minority can find a buyer willing to pay a price the selling shareholder finds acceptable (which is a big if, given the hefty minority discount that will likely be sought by the buyer), the other two original shareholders may be stuck with a business partner they have no interest in working with. Dealing with these issues is another problem that should be considered when forming a closely held corporation.

The Importance of Shareholders’ Agreements in Altering the Corporate Norms

Fortunately, both problems can be addressed by entering into a well-drafted shareholders’ agreement. With regard to corporate control, the statutory default rule that the corporation’s business and affairs shall be managed under the direction of the board of directors[11] may be overridden by a shareholders’ agreement:

Notwithstanding subdivision (a) or any other provision of this division, … no shareholders’ agreement, which relates to any phase of the affairs of a close corporation, including but not limited to management of its business, division of its profits or distribution of its assets on liquidation, shall be invalid as between the parties thereto on the ground that it so relates to the conduct of the affairs of the corporation as to interfere with the discretion of the board or that it is an attempt to treat the corporation as if it were a partnership or to arrange their relationships in a manner that would be appropriate only between partners.[12]

This “statutory validation” permits shareholders of a closely held corporation to enter into an agreement that “may govern almost any phase of the [corporation’s] affairs,” including “the management of its business.”[13]

The same is true when dealing with the default rule of free transferability of shares. The problem of unwanted outsiders joining the business[15] is generally navigated by a share transfer restriction in the shareholders’ agreement. Such a provision prohibits a shareholder from transferring her shares unless certain conditions are satisfied. To be effective, the provision must encompass both voluntary and involuntary transfers, including transfers upon the death, disability, divorce, or bankruptcy of a shareholder.[16] A share transfer restriction should also prevent a shareholder from pledging her shares as collateral for any outside dealings, which can also lead to an unwanted transfer of the shares to a third-party creditor if the shareholder fails to make good on her obligations.[17]

Whether a transfer is voluntary or involuntary, the prohibition on transfer cannot be absolute, as the shareholder must be able to alienate her shares in some fashion. The standard mechanism is a requirement that the shareholder’s shares be offered first to the corporation and/or to the other shareholders, either at a price to be determined through some formula or other method of valuation, or at the same price that a third party has agreed to pay for the shares.[18] If the first option is exercised, the shares are kept “in house,” allowing the remaining shareholders to choose a new business partner for themselves, if they so desire. Another option is to have a mandatory redemption or buyout provision, which requires the corporation or the other shareholders to buy out the departing shareholders’ shares at a price determined in accordance with the shareholders’ agreement.[19] These share transfer restrictions address not only the problem of the remaining shareholders being forced to do business with outsiders, but also the issue of the lack of a market for the shares of a shareholder getting out of the business, whether voluntarily or involuntarily.

Other Provisions that Can Be Included in a Shareholders’ Agreement

[6] See Cal. Corp. Code § 300 Legis. Comm. cmt. (b) (“Shareholders of a close corporation often desire to structure corporate management in a manner similar to that of a partnership.”).

[9] See id. § 7:3 (“One of the most distinctive features of any closely held enterprise is the lack of a market for selling one’s interest in the entity.”).

[10] See id. § 7:2 (“The lack of a market for the ownership interest in a closely held business hinders the ability of any party to leave a bad relationship[.]”).

[14] See Model Bus. Corp. Act. § 7.32 (2006). About half the states have statutes based on section 7.32 of the Model Business Corporation Act. See 1 O’Neal & Thompson, supra note 3, § 4:6. Any provision in a shareholders’ agreement seeking to regulate the management of a closely held corporation must be consistent with the corporation law of the jurisdiction in which the corporation was incorporated.

[15] See 1 O’Neal & Thompson, supra note 3, § 7:2 (“In the intimate setting of a closely held enterprise, participants usually desire to retain the power to choose their future associates.”).

[18] See id. § 7:17 (first-option provisions are “currently the most popular of the restrictions on transferability,” and their legality is well established); Del. Code Ann. tit. 8, § 202(a) (specifically authorizing a written restriction on the transfer of a corporation’s shares).