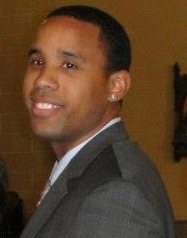 Timothy Daniel is an accomplished producer with a distinguished career in the film and television industry. He is dedicated to producing innovative films that reflect the diversity of the human spirit. As a producer, director, manager and editor, his clients have included the NFL Network, History Channel, Discovery Channel, A&E, and OWN, among many others.  Timothy has over 11 years experience conceiving, producing, shooting and editing award-winning film and television pieces. He is a native of Philadelphia, Pennsylvania where he began his career early producing short films at Roxborough High School. Timothy has always had a passion about making people happy through his work. Since entering the industry Timothy has had a knack for inspiring people to chase their dreams. In 2004, he decided to chase his own dream of being a director and producer by attending New Hampshire University to study film. While in school, he worked extremely hard and always had a can do must do attitude. He was best known for being an over worker with an unorthodox work ethic. During his tenure he received a number of service recognitions and awards for his works in film. He graduated with his BA degree in English with a focus in Creative Writing and Film Theory.  After graduating from New Hampshire University, Timothy drove across the country to further his career in film and television by attending the New York Film Academy in Los Angeles, California. There he gained a greater passion to tell inspiring stories through the art of film. Working with industry greats he learned to test his limits and push his career goals to the next level. He graduated from the New York Film Academy with a MFA degree in Filmmaking and Directing. From his experiences at New York Film Academy, Timothy aspires to be the youngest and first African-American to win an Academy award for Best Director and Best Film. His greatest fulfillment is telling stories through film that inspire and entertain the masses.  Over his 11 year career, Timothy has worked on countless shows and in several studios. He is positioned to take advantage of the film and television industry by applying his talent, breadth and depth of knowledge experience.

We formed a California corporation for Timothy.