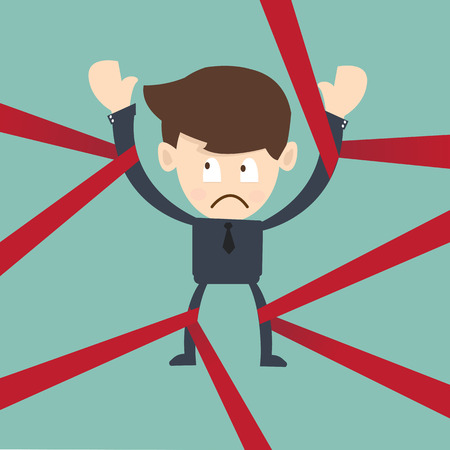 Using a Delaware LLC to Safeguard Identity for Legitimate Reasons: The Impact of FinCEN’s Reporting Requirements

In our prior article, How to Use a Delaware LLC to Safeguard Identity, we suggested a strategy for using a Delaware limited liability company to safeguard the identity of “[c]elebrities and others investing in real estate and other business ventures.” We assumed, of course, that the strategy would be used only for legitimate reasons, such as celebrities wishing to keep adoring fans (and the less well intentioned) from finding out where they live and what other properties they may own. We are revisiting the issue because shortly after we posted the article the Los Angeles Times reported that the Financial Crimes Enforcement Network (“FinCEN”) would be requiring the actual identities of owners of LLCs and other business entities that purchase high-end real estate in certain metropolitan areas, including Los Angeles County and New York City, to be disclosed in order to ferret out possible money laundering through investment in the luxury real-estate market.[1]

As discussed below, the new FinCEN requirements should not impact the strategy we outlined in our article, or its main purpose at least.

By way of background, FinCEN is a bureau of the U.S. Department of the Treasury. The Director of FinCEN (currently Acting Director Jamal El-Hindi, who announced the new initiative) is appointed by the Secretary of the Treasury and reports to the Treasury Under Secretary for Terrorism and Financial Intelligence. FinCEN’s self-described mission is to safeguard the U.S. financial system “from illicit use and combat money laundering and promote national security through the collection, analysis, and dissemination of financial intelligence and strategic use of financial authorities.”[2]

In the service of that mission, FinCEN is authorized under the Bank Secrecy Act[3] to issue an order requiring one or more U.S. financial institutions or nonfinancial trades or businesses in a designated geographic area to (1) obtain information concerning (a) any transaction in which the institution, trade, or business is involved for the payment, receipt, or transfer of U.S. coins, currency, or other monetary instruments, and (b) any other person participating in the transaction; (2) maintain a record of the information; and (3) file a report with respect to the transaction.[4] FinCEN exercised that authority to issue the Geographic Tracking Orders (“GTOs”) that we are concerned with here.

Here is how the GTOs work: FinCEN issues a GTO to various title insurance companies. Each title insurance company that receives a GTO (a sample of which is linked above) must obtain specified information about certain “covered” real estate transactions.[5] In particular, the transactions covered by the GTOs involve a purchase by a corporation, LLC, or other business entity, whether formed under U.S. law or that of a foreign jurisdiction, of “residential real property”[6] for a total purchase price of: $500,000 or more in Bexar County, Texas (where San Antonio is located); $1 million or more in Miami-Dade, Broward, or Palm Beach Counties, Florida; $1.5 million or more in any of the five boroughs of New York City other than Manhattan; $2 million or more in Los Angeles, San Diego, San Francisco, San Mateo, or Santa Clara Counties, California; or $3 million or more in Manhattan.[7] In addition, the transaction is covered by a GTO only if the purchase is made (1) without a bank loan or other financing, and (2) at least in part using currency or a cashier’s check, certified check, traveler’s check, personal check, business check, or money order.[8] In other words, FinCEN is interested in examining purchases of luxury residential properties through shell companies using large amounts of cash to see if any money laundering is involved.

In sum, the GTOs seek to require title insurance companies (and their subsidiaries and agents) to obtain and disclose to FinCEN the very information that celebrities and others investing in residential real estate are trying to safeguard using the strategy we outlined in our last article. Whether the GTOs entirely accomplish that goal is not clear at this point. In our article, we suggested that celebrities purchase property through a Delaware LLC that is managed by a second Delaware LLC. Because the Purchaser of the property is a limited liability company (the first Delaware LLC), the name, address, and taxpayer identification number of the LLC’s members must be reported to FinCEN on the Form 8300. But the member (and Beneficial Owner) of the first Delaware LLC (the Purchaser), is just another Delaware LLC. On the other hand, information about the individual primarily responsible for representing the Purchaser in the transaction also has to be disclosed, but that could be someone other than the celebrity, presumably such as a real estate agent. As such, it is not clear whether information about the owner of the second Delaware LLC, our celebrity, has to be disclosed on the Form 8300. While it is hard to believe that FinCEN would permit its aim in issuing the GTOs to be thwarted just by running a purchase through multiple shell companies, perhaps it is enough for the government to have identifying information about at least one individual who can be tracked down if the transaction appears to be suspicious.

In any event, even if our celebrity’s identity does have to be disclosed to FinCEN by a title insurance company as part of a covered transaction, our strategy should still serve its purpose in safeguarding her identity from the general public. Unless FinCEN’s servers are compromised by Russian hackers and made public illicitly, that is.

[6] The GTOs do not indicate whether “residential real property” encompasses only single family residences.