Why Every Corporate Name Needs A Suffix 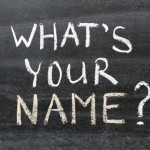 Business entities generally have to indicate what sort of entity they are in their name. For example, the name of a limited liability company organized under California or New York law must contain the words “Limited Liability Company” or the abbreviation “L.L.C.” or “LLC.”[1] Similarly, the name of a corporation organized under New York law must contain one of the words “corporation,” “incorporated,” or “limited,” or an abbreviation of one of those words.[2] Delaware likewise requires that the name of a domestic corporation must include one of the words, or an abbreviation of one of the words, “association,” “company,” “corporation,” “club,” “foundation,” “fund,” “incorporated,” “institute,” “society,” “union,” “syndicate,” or “limited.”[3] Similar requirements are widespread, as the Revised Model Business Corporation Act, some form of which has been adopted in many states, requires that a corporate name must contain the word “corporation,” “incorporated,” “company,” or “limited,” or the abbreviation “corp.,” “inc.,” “co.,” or “ltd.”[4]

Imagine John has been running his computer repair business for 10 years. After a few years in business, John, upon the advice of a friend, incorporated the business under the name “John Smith Computer Doctor” so as to avoid personal liability for business obligations, which is the standard, and a perfectly legal, reason for a small business to incorporate. John has heard enough about piercing the corporate veil from his friend to even do a good job of keeping minutes, filing annual reports, and generally observing corporate formalities.

One day, John goes to a customer’s business location to pick up a computer for repair. The customer specifically tells John that he needs the computer back at a certain time to carry out a $100,000 contract, or he will lose the contract and be responsible for substantial damages. John says he understands and assures the customer that he can get the computer repaired properly and in time for the customer to complete the job. Unfortunately, John does not perform the repair correctly, the computer fails, and the customer loses the job. The customer then sues John personally to recover his damages.

Can John be held personally liable to his customer for a breach of the repair contract? Despite the fact that John has incorporated his business to avoid just that result, the answer may well be yes, not as a matter of corporate law but of agency law.

It is a fundamental rule of agency law that an agent who acts on behalf of a “disclosed” principal generally will not be liable for the breach of a contract made by the agent on behalf of his corporate principal.[7] In fact, the rule is so strong that “[a]n agent who acts on behalf of a disclosed principal will not be liable for a breach of contract unless there is clear and explicit evidence of the agent’s intention to be personally bound.”[8] On the other hand, if the agency of the person making the contract is undisclosed, then the fact of agency will not serve as a defense in a breach-of-contract action against the agent.[9] Moreover, “the agent will be liable even if the third party is aware that an agency relationship exists, so long as the agent fails to disclose the principal’s identity.”[10] In other words, an agency is considered “disclosed” only if, at the time the agent conducted the transaction, “the other party to the contract had notice that the agent was acting for the principal and of the principal’s identity. Knowledge of the real principal is the test, and this means actual knowledge, not suspicion.”[11] It is incumbent on the agent trying to avoid liability on the contract to prove that he disclosed the agency relationship and the corporate existence and identity of the principal.[12]

In short, John ran an unnecessary risk just by leaving out of his company’s name any indication that it is, in fact, a corporation. The bottom line is that it makes sense to include some indication of corporate status in a corporation’s name, even in California, where it is not required.

[13]See Restatement § 6.01 cmt. c, illus. 4 (“P, a farmer, incorporates the farm business under the name “P Farms Corp.” P operates the business of P Farms Corp. as its chief executive officer. On behalf of and in the name of P Farms Corp., P purchases supplies on credit from T. P is not a party to, and is not subject to liability on, contracts between P Farms Corp. and T.”).