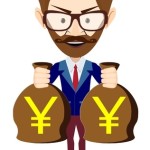 Read our in depth research on issuing shares of a S-corporation to aliens here.

Whenever a S-corporation issues shares to a resident alien, the other shareholders of the corporation are placing a bet on the foreigner’s desire (and ability) to remain in the US.

Although the tax code permits certain foreigners to be shareholders of S-corporations, we do not casually suggest it, because a foreigner who does not stay in the country long enough during a particular year can inadvertently cause the corporation to lose its status as a S-corporation.  This can cause disastrous and unfair tax consequences to the other S-corporation shareholders.

In general, the requirements for being a “small business corporation” (and eligible for S-election) can be controlled by the corporation’s shareholders. For example, the corporation can ensure that it is not creating more than one class of stock or selling its stock to more than 100 shareholders or to partnerships or other corporations. But if an existing shareholder fails to maintain his status as a “resident alien” for unforeseen reasons, there is little the other shareholders can do to control that eventuality.

The tax code provides that a S-Corporation must not have a nonresident alien as a shareholder. Having a particular visa has no impact.  Only a green card or meeting the IRS’ “substantial presence test” enables an alien to be eligible to be an S Corporation shareholder.

Read more about issuing shares of a S-corporation to aliens by clicking here.