Why We Just Say No to Cannabis Work 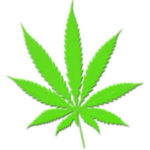 We are asked to incorporate and perform other work for ventures related to cannabis with some frequency, especially now that California has joined the expanding group of states that have legalized marijuana for at least some uses. We have, however, declined all such work, and will continue to do so, for the simple reason explained in this article.

In November 2016, California voters approved Proposition 64, a ballot measure to legalize cannabis for recreational use effective January 1, 2018. As that date approached, California regulators, including the Department of Consumer Affairs’ Bureau of Cannabis Control, Department of Food and Agriculture, and Department of Public Health, worked feverishly to issue a set of comprehensive regulations governing various aspects of the cannabis industry in California, including the licensing of marijuana businesses. With the issuance of those regulations in mid-November 2017, the framework is in place for cultivators, manufacturers, distributors, and retailers, among others cannabis businesses, to open shop legally, at least under state law, at the turn of the New Year.[1]

There is a big fly in the ointment, however: Marijuana is still illegal under federal law. The federal Controlled Substances Act establishes five schedules of controlled substances that are regulated by federal law.[2] Schedule I—the most restrictive category—includes drugs or other substances which have a “high potential for abuse” and “no currently accepted medical use in treatment in the United States,” and for which “[t]here is a lack of accepted safety for use” of the substance under medical supervision.[3] There is a substantial debate over whether cannabis meets those criteria, but the fact remains that marijuana is still included on the list of Schedule I substances.[4] As such, there is an express conflict between federal law and the law in those states that have legalized marijuana for medical and/or recreational use.

On August 29, 2013, then-Deputy Attorney General James M. Cole issued a memorandum (the “Cole Memo”) giving guidance for all United States Attorneys regarding their exercise of “investigative and prosecutorial discretion” in making federal marijuana enforcement decisions under the Controlled Substances. Act.[5] The Cole Memo noted that, even after some states had enacted laws relating to the use of marijuana for medical purposes, the Department of Justice had focused its efforts on eight enforcement priorities that were particularly important to the federal government, such as preventing the distribution of marijuana to minors and preventing revenue from the sale of marijuana from going to criminal enterprises.[6] The Cole Memo directed all U.S. Attorneys to continue to focus their enforcement resources and efforts, including prosecution, on persons or organizations whose conduct interfered with any one or more of those eight priorities, “regardless of state law.”[7] The Cole Memo further indicated that state laws legalizing marijuana in some form were less likely to threaten the federal priorities in those states that also “implemented strong and effective regulatory and enforcement systems to control the cultivation, distribution, sale, and possession of marijuana.”[8] As such, the U.S. Attorneys were instructed that, in exercising their “prosecutorial discretion,” they should “continue to review marijuana cases on a case-by-case basis and weigh all available evidence, including, but not limited to, whether the operation is demonstrably in compliance with a strong and effective state regulatory system.”[9] In short, in the words of U.S. Representative Jared Huffman (D-Cal.), “[p]rosecutorial discretion is everything given the current conflict between the federal law and the law of many states” permitting cannabis use in some form.[10]

The problem, of course, is that administrations and personnel change, which can lead to different enforcement priorities. Under the Trump administration, the Justice Department has continued to follow the policy outlined in the Cole Memo, but U.S. Attorney General Jeff Sessions has given signs that could change.[11] For example, in late November 2017, Mr. Sessions indicated that it was his view that “the use of marijuana is detrimental, and we should not give encouragement in any way to it, and it represents a federal violation, which is in the law and is subject to being enforced.”[12] Earlier, Mr. Sessions had testified before the House Judiciary Committee that “the federal law remains in effect and a state can legalize marijuana for its law enforcement purposes but it still remains illegal with regard to federal purposes.”[13] That is not very comforting in a system where the conflict between federal and state law is resolved largely by resort to “prosecutorial discretion,” especially given that Mr. Sessions has also ordered federal prosecutors to pursue the most severe charges and penalties possible against defendants in drug cases.[14]

And the possible charges and penalties are extremely severe, especially in cases involving Schedule I controlled substances such as marijuana.[15] In addition to substantial jail time and fines, persons and organizations violating the federal law may be subject to forfeiture of any real property and tangible or intangible personal property that is used, or intended to be used, in any manner or part, to commit, or to facilitate the commission of, a violation of the Controlled Substances Act.[16] Notably, from our standpoint, criminal liability extends to anyone who conspires to commit a violation of the Controlled Substances Act.[17]

Given the high stakes, it is not surprising to us that one of the biggest problems facing the cannabis industry even after legalization in California and other states is access to banking services.[18] Due to the conflict between federal and state law, “[m]ost cannabis entrepreneurs are forced to operate almost entirely in cash because banks don’t want to take the legal risk of providing them with accounts” or other financial services.[19] As a result, the California legislature passed a resolution calling for a change in federal law to allow for “the legal commerce of marijuana or cannabis so that businesses dealing with marijuana or cannabis can use traditional banks or financial institutions for their banking needs, which would result in providing a legal vehicle for those businesses to pay their taxes.”[20]

The fear of significant federal repercussions does not end with banks, but extends to anyone who is considering getting involved with the cannabis industry in any way, including a “family office” or “a high-net-worth individual thinking of privately financing a licensed opportunity.”[21] That fear is amplified by speculation that Mr. Sessions “could target major players to send a message or even shape the market, such as going after those who … engage in advertising.”[22]

In an arena shaped by “prosecutorial discretion,” it simply is not worth the risk of being seen as someone to be made an example of, especially when we have heard of U.S. Attorneys who will prosecute attorneys who assist in establishing cannabis operations. The risk may be uncertain, but the consequences are potentially ruinous. Given that we are a volume-based firm, which allows us to charge low flat fees for the work that we do, we have decided that the benefit of doing cannabis-related work is far outweighed by the risk of seeing our entire business go up in smoke.

[1] Brooke Staggs, Here Are the Rules for Legal Marijuana in California Once Law Goes into Effect Jan. 1, The Orange County Register, Nov. 16, 2017.

[12] The Times Editorial Board, Back Off, Jeff Sessions. California and Other States Should Be Able To Legalize and Regulate Pot on Their Own, The Los Angeles Times, Dec. 9, 2017 (opining that “[t]he conflict with federal law has been a complicating factor for a long time”).