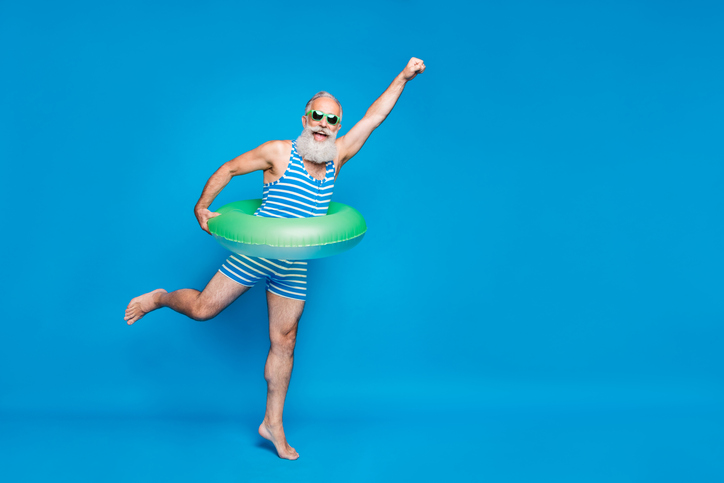 In a recent article, we examined the impact of Assembly Bill (“AB”) 5 on loan-out companies in California.[1] As we noted, AB 5, which took effect on September 18, 2019, codified the California Supreme Court’s 2018 decision in the Dynamex case,[2] which adopted a more exacting standard (the “ABC test”) for classifying workers as independent contractors rather than employees.[3] While AB 5 was aimed at the gig economy in general, and ride-sharing companies in particular, there was much concern in the entertainment industry over whether AB 5 effectively did away with the widespread use of loan-out companies to do business in the industry.[4] Various major guilds and unions in the entertainment industry[5] issued a joint message the day after AB 5 became law, confidently informing their members that AB 5 does not undermine their members’ use of loan-out companies to do business.[6] We were more circumspect, concluding that it is impossible to say that for sure until a definitive court or regulatory decision confirms exactly how loan-out companies will be impacted, if at all, by AB 5.

The California Legislature apparently took in some of the feedback (and intense lobbying efforts) on AB 5 after its passage. AB 5 was revised by AB 2257, which took effect on September 4, 2020. AB 2257 was intended to revise and recast existing law that exempts specified occupations and business relationships from the application of the ABC test and revert to the California Supreme Court’s much more flexible Borello standard for those occupations and business relationships.[7] AB 2257 also added a plethora of new statutory exemptions from the ABC test, including several for the entertainment industry, primarily in the music industry.

First, AB 2257 provides that the Borello standard, and not the ABC test, applies to the following occupations in connection with creating, marketing, promoting, or distributing sound recordings or musical compositions: recording artists, vocalists, and musicians engaged in the creation of sound recordings;[8] songwriters, lyricists, composers, and proofers; managers of recording artists; record producers and directors; musical engineers and mixers engaged in the creation of sound recordings; photographers working on recording photo shoots, album covers, and other press and publicity purposes; independent radio promoters; and certain types of publicists.[9] Second, the Borello standard, and not the ABC test, also applies to a musician or musical group for the purpose of a “single-engagement live performance event” (that is, a standalone concert), unless the musical group (1) performs as a symphony orchestra, at a theme or amusement park, or in a musical theater production, (2) is an event headliner for a performance taking place in a venue location with more than 1,500 attendees, or (3) performs at a festival that sells more than 18,000 tickets per day.[10] And third, “individual performance artists,” including comedians, improvisers, magicians, illusionists, mimes, spoken-word performers, storytellers, and puppeteers, who perform material that is their original work and creative in character are also exempt from the ABC test, so long as they: are free from the hiring entity’s control in performing the work; retain the rights to their intellectual property; set their terms of work, including negotiating their rates; and are free to accept or reject individual performance engagements without being penalized.[11]

Notably absent from the hodgepodge of new exemptions are members of the motion picture and television industries. In fact, AB 2257 likely clarified that one exemption created by AB 5—for “fine artists” contracting to provide professional services—that may have been interpreted to apply to those industries does not.[12] As such, some uncertainty still remains for members of those industries as to whether they can continue to do business through loan-out companies and still be classified as independent contractors rather than employees subject to the California Labor and Unemployment Insurance codes.

[3]Under the ABC test, a worker is properly considered an independent contractor to whom a state wage order does not apply only if the hiring entity establishes all of the following: “(A) The person is free from the control and direction of the hiring entity in connection with the performance of the work, both under the contract for the performance of the work and in fact[;] (B) The person performs work that is outside the usual course of the hiring entity’s business[; and] (C) The person is customarily engaged in an independently established trade, occupation, or business of the same nature as that involved in the work performed.” Cal. Labor Code § 2775(b)(1).

[5]The guilds and unions are SAG-AFTRA (the Screen Actors Guild and the American Federation of Television and Radio Artists), the Writers Guild of America West, the California IATSE Council (representing members of the International Alliance of Theatrical Stage Employees), Teamsters Local 399 (representing various workers in the motion picture industry), and Laborers Local 724 (representing studio utility employees).

[8]This exemption is subject to an exception in that “[m]usicians and vocalists who are not royalty-based participants in the work created during any specific engagement shall be treated as employees solely for purposes of receiving minimum and overtime wages for hours worked during the engagement, as well as any damages and penalties due to the failure to receive minimum or overtime wages.” Cal. Labor Code § 2780(a)(4)(B)(i).

[9]Id. § 2780(a)(1). AB 2257 makes clear that none of these new exemptions applies to film and television unit production crews working on live or recorded performances for audiovisual works, including still photographers and cinematographers. Id. § 2780(a)(2)(A).

[12]See id. § 2778(b)(2)(F). The term “fine artist” was intentionally left undefined in AB 5. See Makeda Easter, How AB 5 Has Instilled Fear and Confusion in California’s Arts Community, Los Angeles Times (Jan. 29, 2020). However, AB 2257 added the following definition of a “fine artist”: “an individual who creates works of art to be appreciated primarily or solely for their imaginative, aesthetic, or intellectual content, including drawings, paintings, sculptures, mosaics, works of calligraphy, works of graphic art, crafts, or mixed media.” Cal. Lab. Code § 2778(b)(2)(F)(ii). Applying the ejusdem generis principle of statutory construction, this definition would not include members of the film and television industry even though they would be said to produce “works of art” in the ordinary connotation of that term. See, e.g., Picayune Rancheria of Chukchansi Indians v. Brown, 229 Cal. App. 4th 1416, 1423, 178 Cal. Rptr. 3d 563, 567 (2014) (although the word “including” is ordinarily used as a term of enlargement rather than limitation, “the principle of ejusdem generis provides that when a statute contains a list or catalogue of items, a court should determine the meaning of each by reference to the others, giving preference to an interpretation that uniformly treats items similar in nature and scope” (internal quotation marks omitted)).