Assigning Shares to Family Trusts: Not So Fast If Workers’ Compensation Is an Issue 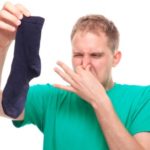 In twenty-five years as a lawyer, I can confidently say that the law usually makes sense.  Well, not here!

In our previous article, we explained why it is important to assign shares in corporations and membership interests in LLCs to family trusts so as to realize the full estate-planning value of the trusts. We received a question about the effect of Assembly Bill (AB) 2883, which took effect in California on January 1, 2017.

We wrote an article about the new law in February. We noted that AB 2883 amended the California workers’ compensation act to require certain corporate officers or directors, general partners, and LLC managing members to proactively waive their rights to workers’ compensation. Before the amendment, section 3351 of the California Labor Code excluded from the definition of an “employee” officers and directors of a private corporation who are the sole shareholders of the corporation and working members of a partnership or LLC, unless they elected to come under the compensation provisions of the workers’ compensation act. According to the legislative history of AB 2883, that exclusion was being abused by some employers who were assigning titles such as “vice-president of dishwashing” and “vice-president of sanitation services” to employees to deny them compensation protection and thereby save money.[1] AB 2883 addressed that issue by amending sections 3351 and 3352 of the Labor Code to revise the exception to the definition of “employee” to apply to an officer or director of a private corporation, who could elect to be excluded from coverage if he or she owned at least 15% of the issued and outstanding stock of the corporation.[2] In other words, the amendment reversed the presumption so that even officer/director/owners are now covered by the workers’ compensation act unless they affirmatively elect to be excluded from coverage by waiving their rights under the workers’ compensation act. By raising the ownership requirement to 15%, the legislature presumably sought to do away with the problem of employers denying coverage to dishwashers and janitors by making them officers and giving them token shares of stock (which would have been necessary to take advantage of this gambit, though that is not mentioned in the legislative history).

What does any of this have to do with assigning corporate shares and LLC membership interests to family trusts for estate-planning purposes? We wondered that, too, until we read the prior version of section 3351 of the Labor Code, before it was amended by AB 2883. Before January 1, 2017, section 3351 contained a subsection (g), which provided that, for purposes of the exception for general partners, LLC managing members, and officers and directors who were the sole shareholders of the corporation,

Subsection (g) specifically addressed the trust issue by providing that a person could assign his or her corporate shares or LLC or partnership interests to a family trust and still take advantage of the exclusion from the workers’ compensation act.

But AB 2883 removed subsection (g) from section 3351 of the Labor Code. The legislative history we looked at does not give any clue as to why, but presumably it was to address some other way in which the exclusion from workers’ compensation coverage for corporate shareholders, general partners, and LLC managing members may have been abused by assigning shares and interests to a trust.

There is, however, no uncertainty as to the effect of removing subsection (g) from section 3351 of the Labor Code. When a statute is amended in California,

In addition, “[i]t is ordinarily to be presumed that the Legislature by deleting an express provision of a statute intended a substantial change in the law.”[5] Because it is presumed that the Legislature intended to change the preexisting law by repealing a portion of the statute, a court cannot read the omitted portion back into the statute through judicial construction.[6]

We have no idea if the California Legislature actually intended that to be the result, or if anyone even considered the issue. Regardless, the repeal of section 3351(g) of the Labor Code appears to create a dilemma for small business owners. As discussed in our previous article, assigning shares to family trusts is a necessity to achieve the full benefit of creating a trust for estate-planning purposes. But assigning the shares to the family trust precludes the settlor of the trust from electing not to receive coverage under the workers’ compensation act, which may entail the payment of some pretty hefty premiums depending on what type of business the owner is in. As such, we suspect that small business owners will now have to engage in some kind of cost-benefit analysis, weighing the cost of obtaining workers’ compensation coverage versus the benefit of insuring that corporate shares and partnership and LLC interests do not have to go through probate when the time comes.