How to Move a Corporation From One State to Another 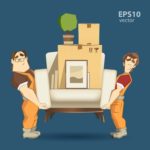 In our prior article, Why Delaware Is the Best Jurisdiction for Actors and Creatives, we suggested that if you are setting up a new corporation while doing business in one state but knowing that the chances are pretty good that you will soon be pulling up stakes and setting up shop in another state, your best bet is to form the corporation in Delaware and register to do business in the state where you are currently located. But what if you have no plans to move when you are setting up the corporation, in which case you want to avoid paying transaction costs and annual franchise taxes in Delaware for a move that may never happen? Or what if you have already formed a corporation or other business entity in your home state and now need to move your business to another jurisdiction?

In either of those scenarios, the obvious goal is to avoid the unnecessary expense and hassle of paying franchise tax and filing a tax return in two states. In the prior article, we went through a few possibilities for dealing with the issues arising in connection with an interstate move, including (1) dissolving the existing corporation in your old location, and forming a new corporation in the state where you now do business; and (2) forming a new corporation in the state where you’re now located and merging the old corporation into the new corporation. But as we mentioned before, both of those options involve practical problems, such as starting over with a new tax return, new bank account, etc., as well as the complicated logistics of assigning rights (e.g., royalty payment streams) to the new corporation, if that is involved in your business.

In states where conversion is authorized, there is a substantial benefit to using this option to move a corporation from one state to another, in that the integrity of the corporation is maintained, thereby avoiding many of the practical problems involved with forming a new corporation and either dissolving the old corporation or merging the new and old corporations. For example, the Delaware General Corporation Law specifically states that when a foreign corporation has followed the prescribed procedure and been converted into a Delaware corporation, it is “deemed to be the same entity as the converting other entity” for all purposes under Delaware law.[6] As a result, the converted corporation continues to have the same rights, privileges, powers, and property as it had before the conversion.[7]

So what are the necessary steps required to convert a business entity from one state to another? Using the example of converting a Delaware corporation into a California corporation, you will have to do the following things:

(1)       The board of directors of the corporation must adopt a resolution approving the conversion, usually pursuant to a plan of conversion or a similar instrument.[8]

(2)       The board resolution must be submitted for the approval of the stockholders of the corporation at an annual or special meeting.[9]

The steps will vary somewhat from state to state and depend on what type of entity conversion is being effected, but they will generally be similar.[14] Obviously, there are some transaction costs involved in converting a business entity out of one state and into another. But there are also benefits to keeping the same corporation intact.

But what if you are moving your business into or out of a state, like New York, that does not authorize conversion or domestication? Then you have little choice but to form a new corporation and either merge it with the old corporation[15] or simply dissolve the old corporation, and deal with the practical problems associated with either of those methods. As well as the practical problems, the transaction costs are higher than those occasioned by converting the business entity into your new home state. The steps involved in effecting a merger are similar to those needed for a conversion (here, using a New York to California move as an example), except that you also have to first create a new corporation for the old corporation to be merged into:

(1)       A new California corporation must be created by the filing of articles of incorporation, preferably naming the initial directors of the corporation.[16]

(4)       The corporations must submit a certificate of merger to the New York Department of State.[19]

(5)       The surviving corporation must then file a copy of the certificate, certified by the Department of State, with the clerk of the county in which the office of the New York corporation is located.[20]

(6)       The surviving corporation must also file with the California Secretary of State a copy of the agreement of merger, together with an officers’ certificate from each of the New York and California corporations providing certain specified information.[21]

At the end of the process, there is one surviving California corporation that succeeds to the rights and property, and is subject to all the debts and liabilities, of the disappearing New York corporation.[22] That’s obviously more hassle and expense than any of the other options we’ve covered in this or the prior article, but there is not much other choice if you have to move your business unexpectedly and conversion is not an option.

[3]See id. § 1151(a) (permitting a domestic corporation to be converted into a “domestic other business entity”).

[6]Id. § 265(f); see also Cal. Corp. Code § 1158(a) (an entity that converts into another entity under California law is for all purposes (with just a few exceptions) “the same entity that existed before the conversion”).