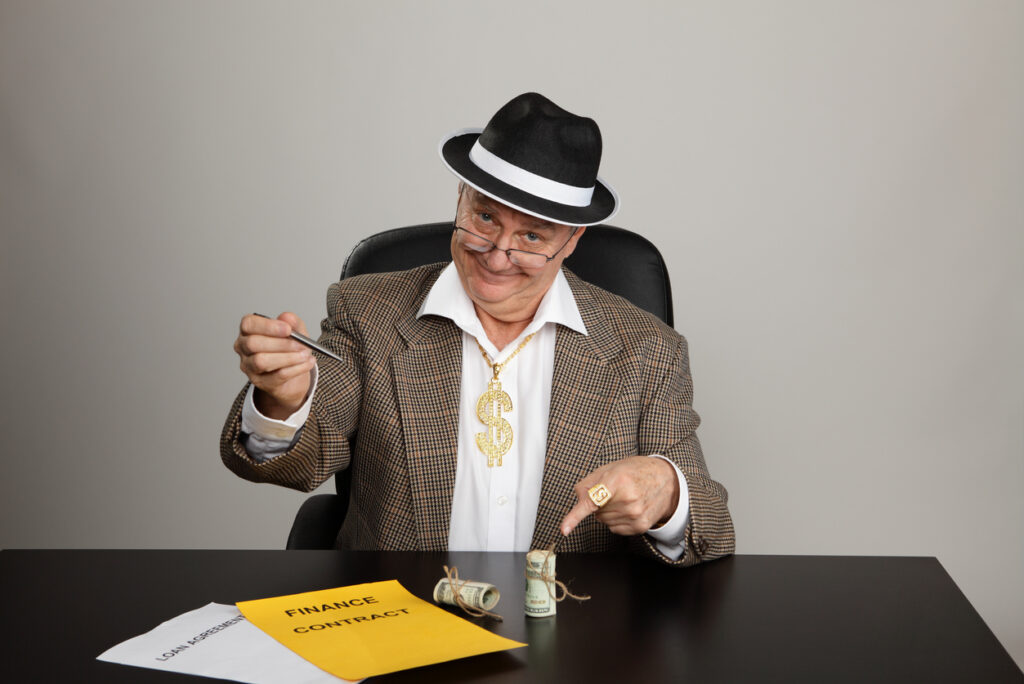 In small, closely held corporations owned by one of just a few shareholders, the corporation will often make loans to a shareholder. Such loans are perfectly legal. However, they must be made with care, or the Internal Revenue Service (IRS) will treat them not as loans but as constructive dividends, resulting in negative tax consequences to the shareholder and the corporation.

Courts have repeatedly held that “the central inquiry for determining if a transaction is a bona fide loan for tax purposes is whether it is ‘the intention of the parties that the money advanced be repaid.’”[1] Because the IRS and the courts are trying to determine the parties’ subjective intentions with regard to a particular transaction, distinguishing between a bona fide loan and a constructive dividend necessarily involves “a factual question.”[2] Even so, the IRS and the courts have identified a wide variety of objective factors, generally ranging from seven to about a dozen, to be examined when making that determination.[3] The United States Court of Appeals for the First Circuit has laid out perhaps the most comprehensive list of factors to be considered: “Courts typically determine whether the requisite intent to repay was present by examining available objective evidence of the parties’ intentions, including [1] the degree of corporate control enjoyed by the taxpayer; [2] the corporate earnings and dividend history; [3] the use of customary loan documentation, such as promissory notes, security agreements or mortgages; [4] the creation of legal obligations attendant to customary lending transactions, such as payment of interest, repayment schedules and maturity dates; [5] the manner of treatment accorded the disbursements, as reflected in corporate records and financial statements; [6] the existence of restrictions on the amounts of the disbursements; [7] the magnitude of the disbursements; [8] the ability of the shareholder to repay; [9] whether the corporation undertook to enforce repayment; [10] the repayment history; and [11] the taxpayer’s disposition of the corporate funds disbursed.”[4] All of the various tests and factors are perhaps best boiled down to the last of the Fifth Circuit’s seven factors (which are identified in note 4): “whether the parties conducted themselves as if the transaction were a loan.”[5] In other words, the corporation and shareholder have to act like the transaction is actually a real loan, rather than a disguised distribution.

The starting place for doing that is the First Circuit’s fourth factor—”the creation of legal obligations attendant to customary lending transactions, such as payment of interest, repayment schedules[,] and maturity dates.”[6] Providing for the payment of interest is so important, in and of itself, that we wrote a prior article just about that:  Loans to Shareholders Must Be Made on Market Terms. In fact, this factor stands alone in one respect, in that the IRS is obligated by statute to impute interest on a “below-market loan,” that is, a loan made by a corporation to any shareholder that accrues interest at less than the “applicable Federal rate,” as determined by the Secretary of the Treasury every month.[7]

We wrote a second article, Loans to Shareholders: The Importance of Payment Terms, covering the rest of the First Circuit’s fourth factor: payment terms other than interest, such as a repayment schedule and maturity date, that should be included whenever a corporation makes a loan to a shareholder. In that article, we examined in detail three cases dealing with payment terms that seemed to come to somewhat contradictory results, thereby demonstrating the importance of the corporation and shareholder taking care to scrupulously “conduct themselves in [a] manner evincing an intention to establish a [true] debtor-creditor relationship.”[8] A good way to do that, we concluded, is to have corporate loans to shareholders call for repayments to be made on the same schedule as arm’s-length commercial loans, that is, monthly, or at least no less than quarterly.

Finally, we wrote a third article going through how the IRS and the courts have viewed all of the other factors considered in distinguishing between a bona fide loan and a constructive dividend: How the IRS Evaluates Shareholder Loans. We gave tips as to which way each of the factors tilts the analysis, but in the end no one factor is dispositive.[9] In trying to make it look, as the Fifth Circuit admonished, like “the parties conducted themselves as if the transaction were a loan,”[10] it remains the case, as we summarized in that article, that “the transaction has to be grounded in economic reality (i.e., the corporation has the resources to make a loan, and the shareholder has the resources to pay it back) and structured like a real loan. If the transaction looks like an actual loan (i.e., it is evidenced by a promissory note, secured by collateral, has a fixed maturity date and repayment schedule, and bears interest at least at the applicable Federal rate), then it will more than likely be treated as such, and the parties will not be in for any unwelcome surprises down the road.”

[3] See Crowley v. Comm’r, 962 F.2d 1077, 1079 (1st Cir. 1992) (“The constructive dividend inquiry concerns itself with the parties’ subjective intent, rather than objective intent, although recourse to objective evidence is required to ferret out and corroborate actual intent.”).

[4] Id. The Fifth Circuit, by contrast, has routinely applied the following “non-exhaustive seven-factor test to determine whether the parties to a transaction intended it to be a loan … : (1) whether the promise to repay is evidenced by a note or other instrument; (2) whether interest was charged; (3) whether a fixed schedule for repayments was established; (4) whether collateral was given to secure payment; (5) whether repayments were made; (6) whether the borrower had a reasonable prospect of repaying the loan and whether the lender had sufficient funds to advance the loan; and (7) whether the parties conducted themselves as if the transaction were a loan.” Moneygram, 664 F. App’x at 393 (quoting Todd, 486 F. App’x at 426).