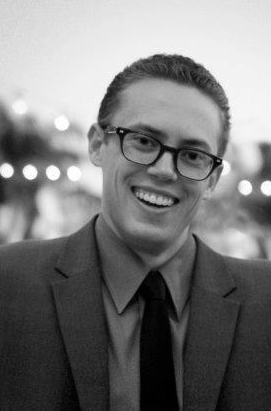 A self-proclaimed technology enthusiast, Tyson Yaberg honed his skills at USC, earning his electrical engineering masters and undergraduate degrees in an aggressive four and a half years. During this time he began working at a start-up audio algorithm company in downtown Los Angeles.  There he could explore his passions of hardware design, programming, and making things sound awesome.  Watching the company triple in size, Tyson learned valuable lessons in product management, finding creative solutions for everyday problems, and the importance of team cohesiveness.  By effectively juggling attention to detail yet never losing sight of the big picture, he was able to excel in a wide range of roles within the growing company.

Not willing to let a good opportunity pass him by, Tyson teamed up with Chad Kennedy in 2012 with a venture that plays on both of their strengths.  As the CTO of Teen Scene, Tyson is excited to take the brand to new heights, ever-inspired by the potential of the growing company.

We formed a California corporation for Tyson Yaberg.