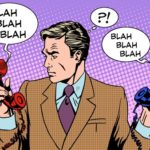 We have read more than a few articles about the benefits of incorporating in Nevada even if the corporation is not planning to do any business there. We don’t get that at all.

It is expensive to form and maintain a corporation in Nevada, especially compared to Delaware, which is the usual choice if you are not going to incorporate under the law of the state where your business will be headquartered. We have been through the numbers in Delaware before.[1] It costs $89 to incorporate in Delaware.[2] To maintain the corporation after that, there is an annual report filing fee of $50, plus a minimum franchise tax of $175, for a total of $225 per year.[3]

Here is the bad news on Nevada. When you file your articles of incorporation in Nevada, you also have to file an “Initial List” containing certain information, including the names and addresses of the company’s officers and directors, along with a fee of at least $150.[4] You also have to file an application for a Nevada state business license, which requires the payment of another $500 fee for a corporation.[5] So that is a total of $650 (not including legal and accounting fees) just to get up and running in Nevada. After that, every year you have to keep paying $150 to file an “Annual List” containing the same information as the “Initial List,” as well as another $500 for the state business license annual renewal fee, for a total of $650 each year just for the privilege of being incorporated in Nevada.[6]

There are a few types of businesses that do not have to pay for a Nevada state business license every year. In general, a “business” that has to be licensed in Nevada is broadly defined to include any entity organized under Nevada law, “whether or not the entity performs a service or engages in a business for profit.”[7] However, the definition of a “business” does not include: a 501(c)(3) corporation; a natural person whose sole business is the rental of four or fewer dwelling units to others; and “[a] person who operates a business from his or her home and whose net earnings from that business are not more than 66 2/3 percent of the average annual wage, as computed for the preceding calendar year pursuant to chapter 612 of NRS and rounded to the nearest hundred dollars.”[8] The average annual wage fluctuates year to year. For 2016, 66 2/3 percent of the average annual wage in Nevada was about $29,400.[9] If the company falls into this category, it must annually submit to the secretary of state an application for a certificate of exemption from the state business license requirement.[10] The list of companies excluded from the definition of a “business” required to be licensed in Nevada used to include a business whose primary purpose is to create or produce motion pictures, but the law was amended effective July 1, 2017, to remove that exclusion.[11]

So, if it costs significantly more to initially form a corporation in Nevada, and then $425 more each year just to maintain a corporation in good standing in Nevada as opposed to Delaware, why does anyone recommend incorporating in Nevada if you are not going to do business there? One of the explanations we have seen is that Nevada law is based on the Delaware General Corporation Law, which supposedly minimizes the time, cost, and risks of commercial litigation. But in that case, why not just incorporate in Delaware, where the law is better developed than in Nevada? We have also read that it is cheaper to do business in Nevada because there is no annual franchise tax and no corporate income tax. But as we just explained, it is cheaper to pay Delaware’s minimum annual franchise tax of $175 than it is to pay Nevada’s $500 annual business license renewal fee. And if you are not doing business in Nevada anyway, then it means you are conducting all of your business in one or more other states, in which you will have to pay corporate income tax, so that is not a viable selling point either.

In sum, if you are not going to be doing business in Nevada, and do not want to incorporate in the state where your business is headquartered for some reason, then we cannot see a good reason to incorporate in Nevada rather than in Delaware, which is not only cheaper, but offers other benefits as well.[12]

[1] See How Much Does It Really Cost to Incorporate.

[12] See Why Delaware Is The Best Jurisdiction for Actors and Creatives.